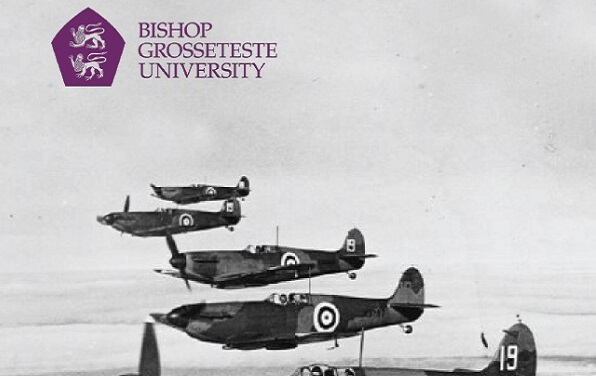 Bishop Grosseteste University invite you to join us for the BGU Annual History Lecture 2018 in the Robert Hardy Building on Wednesday 2nd May 2018: The RAF in Two World Wars

To mark the centenary of the RAF, Professor Richard Overy will explore the history of British air power in two world wars, focusing on the creation of the RAF in 1918 and the extent to which the circumstances of its birth dictated the direction air strategy would subsequently take in the Second World War.

This year’s lecture will be given by the world-renowned historian Professor Richard Overy. Richard is the author of more than 26 books including The Bombing War: 1939-1945 (2013) and The Birth of the RAF, 1918: The World’s First Air Force (2018). In 2001, in recognition of his contribution to the history of warfare, he was awarded the Samuel Elliot Morison Prize by the Society for Military History. Other notable awards include the Wolfson History prize (2004) and the Hessell-Tiltman prize (2005), both awarded for The Dictators: Hitler’s Germany, Stalin’s Russia (2004). Richard is a Fellow of the Royal Historical Society, a Fellow of the British Academy and a Fellow of Kings College, London.

This event was originally established to mark the work of a historian at BG, Jim Johnston. Dr Johnston was a pioneer in the use of probate inventories. However, the main reason why a memorial lecture series began, following his death in 2007, was because he was an exceptional teacher. He came to BG in 1971, and he put down roots and became Vice-Principal. In addition to shouldering a share of college teaching, he began courses for older students, leading to the certificate and degree in local and regional studies. Thus he came into contact with innumerable students across a wide age span, and by all of them he was admired and respected.

This annual event has also come to celebrate the contribution of another former History Lecturer, Dulcie Duke, by BG’s Old Students’ Association. The occasion also marks the work of current BG students, and includes the awarding of a best history essay prize, supported by both the OSA, through the Dulcie Duke Prize, and by the Lincoln Record Society.

Programme for the Day

4:30pm: Introductions and presentation of the Dulcie Duke Award by the Old Students Association of Bishop Grosseteste University supported by the Lincoln Record Society

Tickets are £5 to include refreshments, attendance to the lecture only is free of charge.