Home > Events > The Magic of Chancery 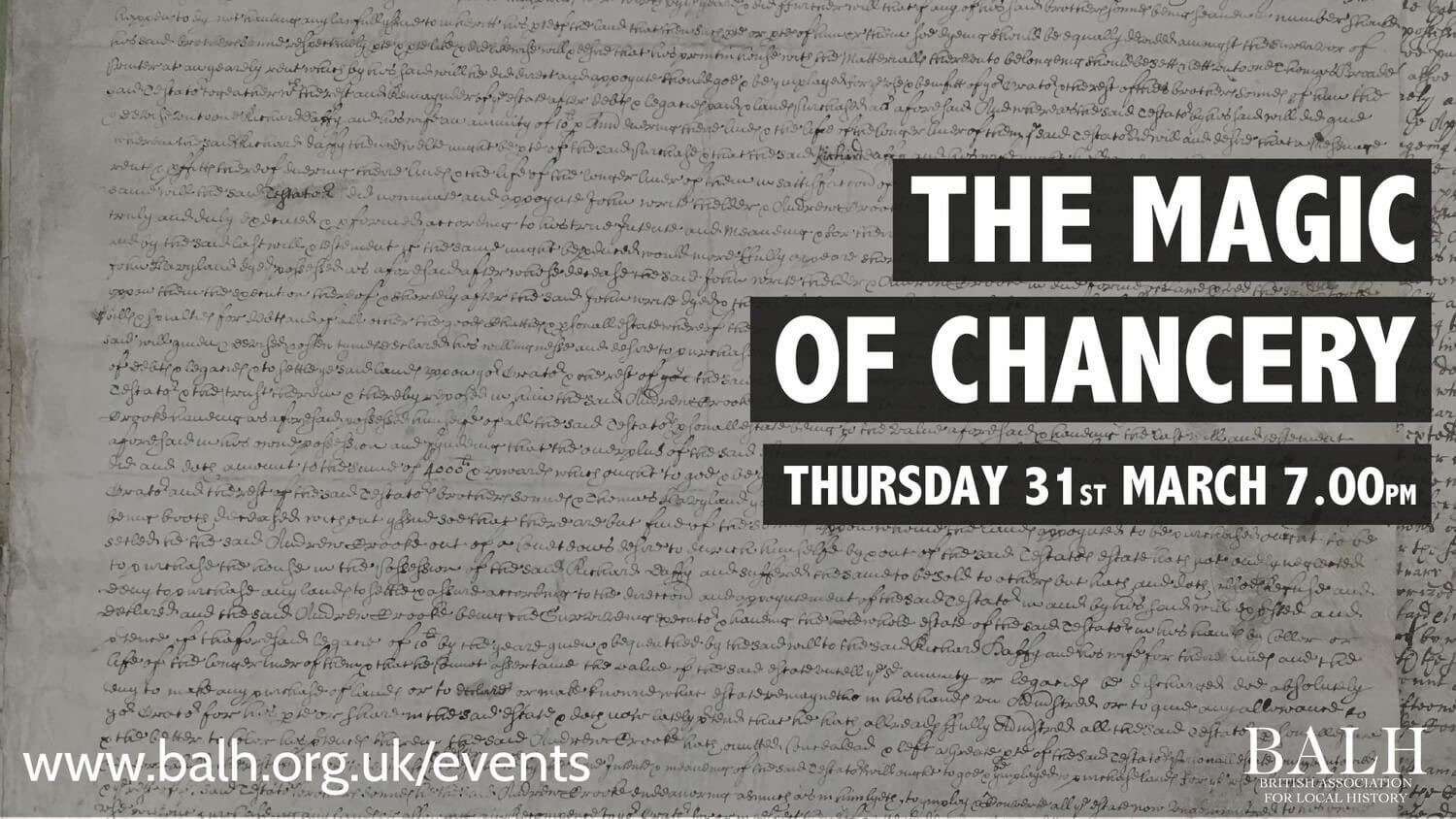 The records of the Chancery court are the most wonderful source for local history, as they cover every aspect of life. A quick glance at an index shows that cases were brought by men, women, children, companies, landowners, tenants, tradesmen and just about anyone else. The disputes are mostly about the possession of property and often recite deeds that no longer exist giving field names and acreages. 19th century cases bring life to the industrial revolution and the spread of the railways, as well as the usual family disputes over property.

Sue Swalwell will share an example case entitled ‘Hiding in the Chancery Cupboard: The Trials & Tribulations of an 18th Century Wife’ about the joy of Chancery records and the stories they can reveal. It is a case study based on her investigation of Richard & Elizabeth Swalwell of Whitby, Yorkshire, in the first half of the 18th Century and more particularly the presence of Elizabeth in the Chancery records for approximately sixty years and beyond her death.

This will be followed by Susan Moore describing the records themselves, how to find them, what they consist of, and how to interpret them. They can be daunting to look at, but a few signposts will open these records up to all researchers.

For more information and to register, please visit: https://www.balh.org.uk/event-balh-balh-local-history-hour-the-magic-of-chancery-2022-03-31