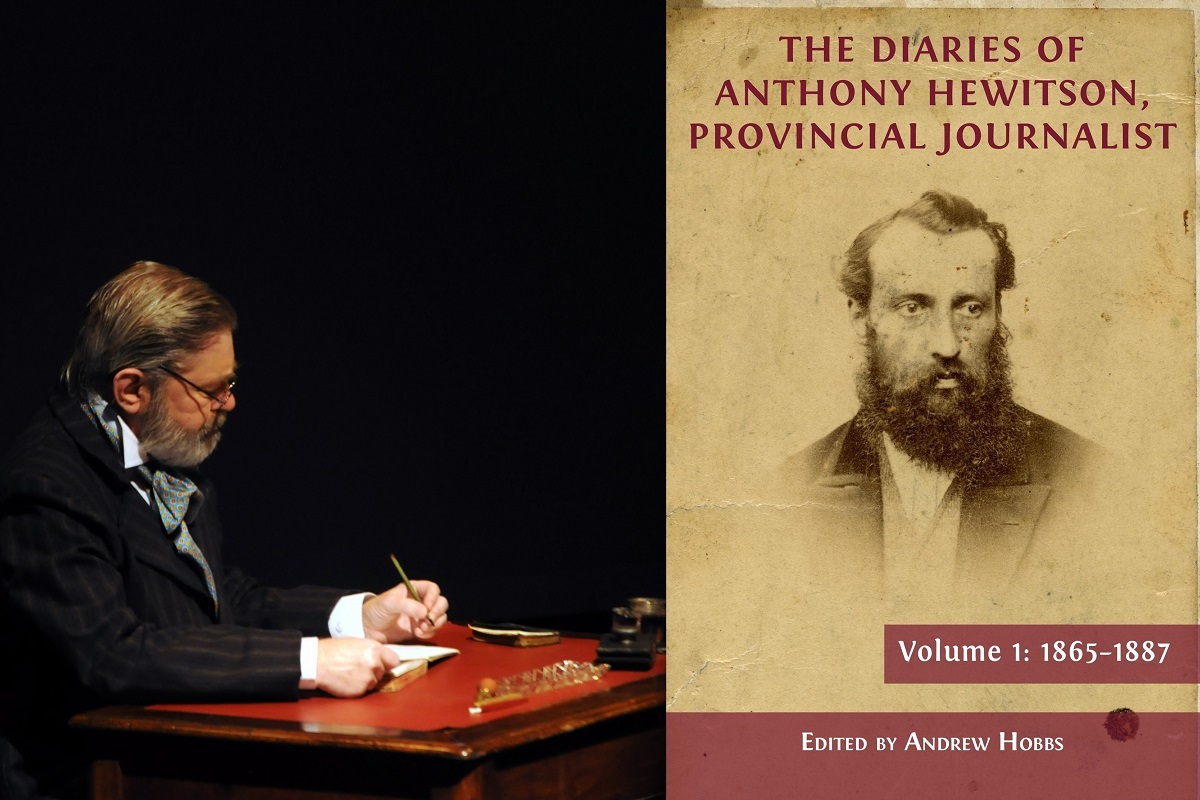 One-man play based on the only known diaries of a nineteenth-century UK provincial journalist, Anthony Hewitson (1836-1912). Followed by a Q&A with Margaret Dickinson, a Hewitson descendant, and Dr Andrew Hobbs, editor of vol. 1 of the diaries.

Life and death crowded in on a young Lancashire father in March 1865. With his wife about to give birth, Anthony Hewitson was devastated when his three-year-old daughter Ethelind died, two years almost to the week after another daughter had died at the same age. A few days later his first son was born.

Hewitson, a newspaper reporter from a Lancaster family, reacted by doing what he did best – he wrote. He began a diary that continued across 47 years until a few days before his death in 1912.

This one-man play brings the diaries to life, immersing us in Hewitson’s world, as he goes about gathering news and gossip and making comments on the people he meets, his personal views often quite different from what he writes in the newspaper.

Copies of volume 1 of the diaries will be on sale at the venue.

For more information and to register: https://dukeslancaster.org/whats-on/theatre/the-hewitson-diaries