Home > Events > The Forgotten Invasion : the English expedition of Louis of France (1215-1217) in its European context 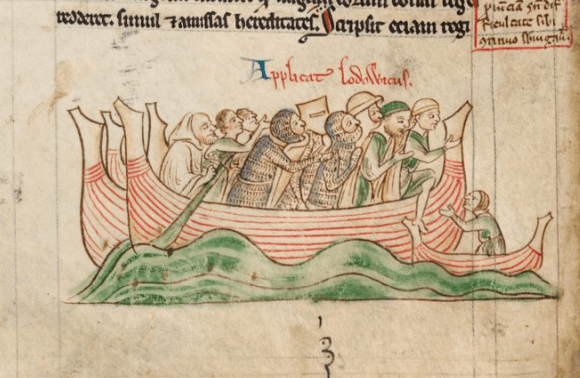 The Forgotten Invasion is a three-year collaborative project examining the expedition of Louis of France to claim the throne of England in 1216. In autumn 1215, after the collapse of the political consensus which had led to the issue of Magna Carta, the English barons turned to the French king for military support. By this time, Philip Augustus, the king of France, was unwilling to be directly involved in English affairs, but his son and heir, the future Louis VIII, accepted the offer of the English throne from a group of the barons. Louis gathered together an expedition to support the rebellious barons, and to make good his own claim to the throne, and landed in England in May 1216. After more than a year of fighting, marked by defeats at Lincoln (May 1217) and Sandwich (August 1217), he was forced to accept a treaty imposed by the regency government led by William Marshal, and to leave England. Louis’ inglorious expedition tends to be forgotten by French historians, and can seem like a footnote in the grand narrative of English history, which increasingly focuses on the community of the realm. Nevertheless, many aspects of the expedition remain to be explored.

The aim of our project is to deepen our understanding of the expedition, its context and impact. It will open with a workshop organised by Elisa Mantienne (University of Lorraine), on the recruitment and the aristocratic and knightly family connections of the expedition. A round table at Leeds International Medieval Conference 2022, chaired by Stephen Church (University of East Anglia), will focus on the reconfiguration of frontiers and polities. Two conferences, one at Boulogne-sur-Mer (University of the Littoral, spring 2023), and one at London and Dover (summer 2024), will aim to deepen our understanding of this multifaceted expedition.

We invite scholars who may be interested in being part of this collaboration to get in touch by writing to: louis-project@hotmail.com.