Home > Events > The Council of Constance: Europe in Conversation 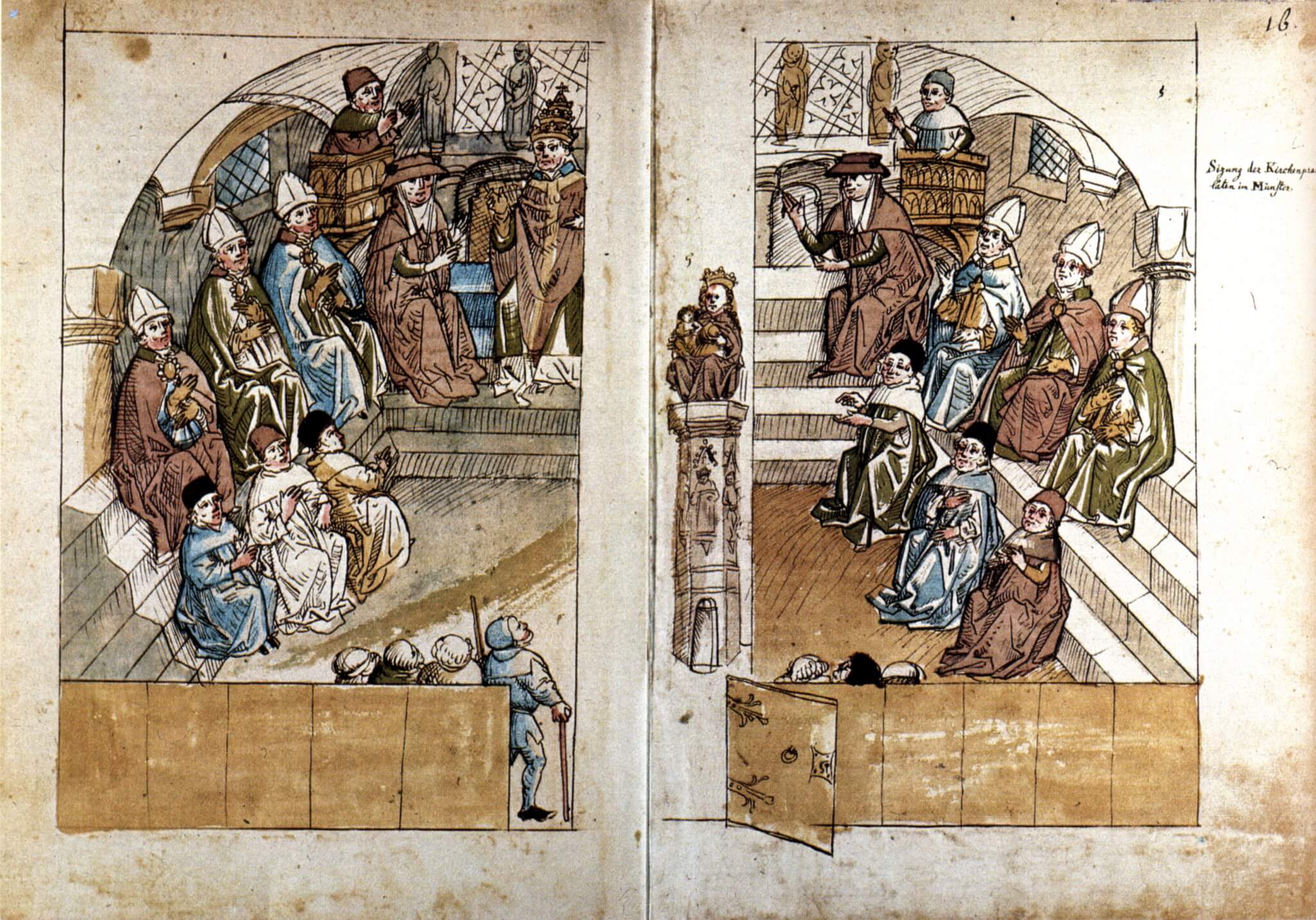 The Council of Constance (1414–1418) was a momentous unfolding forum for far-reaching debates about the reform of the Church. It also acted as a hugely important vehicle for the exchange of ideas, texts and traditions from across Europe. The colloquium will highlight the council’s significance to a range of disciplines, including literature, history and music. It will address themes as diverse as the role of the Bohemians at the Council, the interaction between the council and the universities and the dissemination of music at Constance. The colloquium will also address the literary influence of the council, evaluating its place in the European imagination and sixteenth-century political thought. We are excited to announce that the colloquium will conclude with a live performance of contemporary music on period instruments.