Home > Events > The Age of Plunder: How we traded Africa. The RAC and Trade Between West Africa and Europe 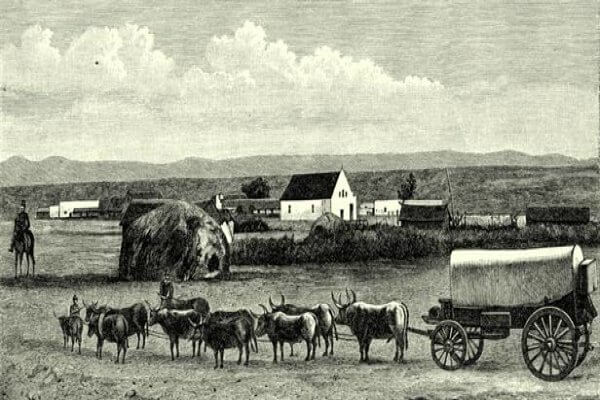 She will compare the British experience of expansion into West Africa to that of the other two significant powers in the region, the Dutch and the French. Central to her discussion will be the story of the Royal African Company from the time of its original foundation, when it was chartered to see out the gold of the Gambia, (destined to be treasury guineas) to the mid-18th Century when it was dissolved.

This lecture will trace the introduction of European business practices into West Africa its effect on the lives and the minds of inhabitants of the British Isles. How did this reciprocity of influence affect the development of early industrial capitalism?

RSVP: Registration will open soon. In the meantime, please email Emily.Callaghan@li.com if you have any enquiries.

ABOUT THE SPEAKER: Bronwen Everill is the author of Abolition and Empire in Sierra Leone and Liberia and The History and Practice of Humanitarian Intervention and Aid in Africa. She received her PhD from King’s College London in 2010. From 2010-11 she was Andrew Mellon Postdoctoral Fellow in Transnational History at Oxford (St Cross and Nuffield Colleges). Before returning to King’s, she was Assistant Professor of Global History at Warwick University.

ABOUT THE HISTORY OF CAPITALISM SERIES:
This series of lectures, which forms part of the Legatum Institute’s ‘The Culture of Prosperity’ programme, investigates the origins and development of a movement of thought and endeavour which has transformed the human condition. Capitalism’s characteristic emphasis on freedom of trade and market expansion has encouraged social mobility, global exploration and intellectual curiosity. Wherever and whenever it has appeared across the world’s continents capitalism has undermined monopolies, economic protectionism and restrictive practices. Our lecturers will therefore be assessing case studies in business history and the individual biographies of thinkers, writers and inventors as well as describing particular periods in the histories of cities, states and nations. Further information is available here.