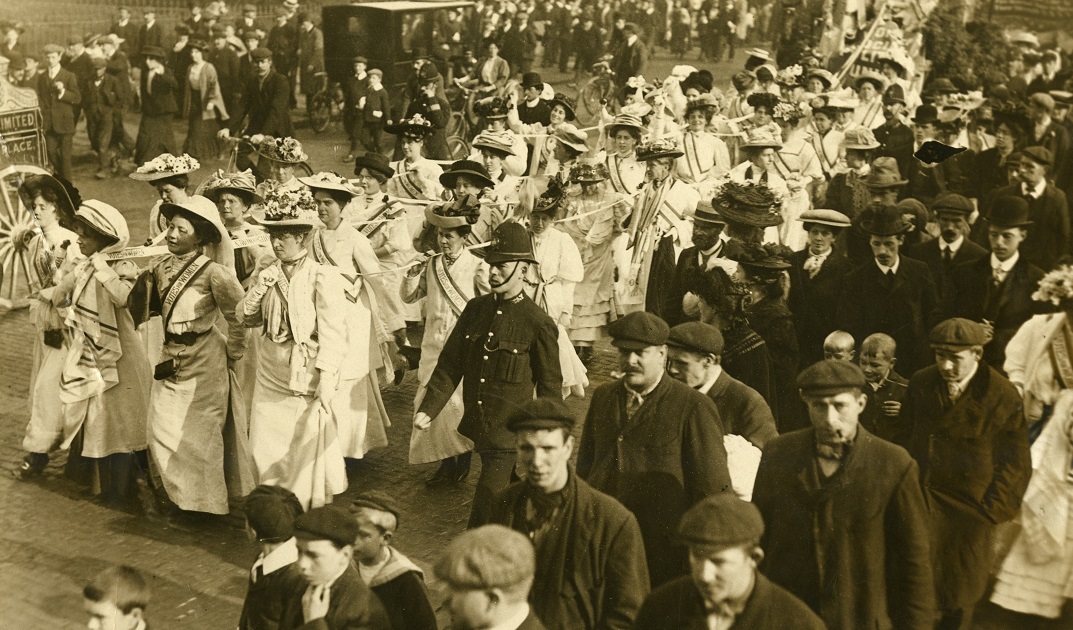 To mark the 100th anniversary of the Representation of the People Act, which in 1918 abolished property requirements for male voters and enfranchised women over 30, Dr Matthew Ingleby will lead a walking tour around Bloomsbury, exploring this neighbourhood’s considerable historical association not only with the women’s suffrage movement but with the advancement of democracy more broadly.

The tour’s route will include the Bloomsbury portion of the funeral cortege for the suffragette martyr, Emily Davison – from St George’s Bloomsbury, where the ceremony was held in June 1913. The walk will also take in sites associated with a range of other activists and their democratic causes, including those of Millicent Fawcett, Thomas Wakley, John Cartwright, and Mahatma Gandhi. The walk will begin and end by the fountain in Russell Square, where Chartists gathered at the beginning of their largest march, in 1848.

Dr Matthew Ingleby is an academic and writer, based at Queen Mary University of London, who works on the politics of space in the long nineteenth century.