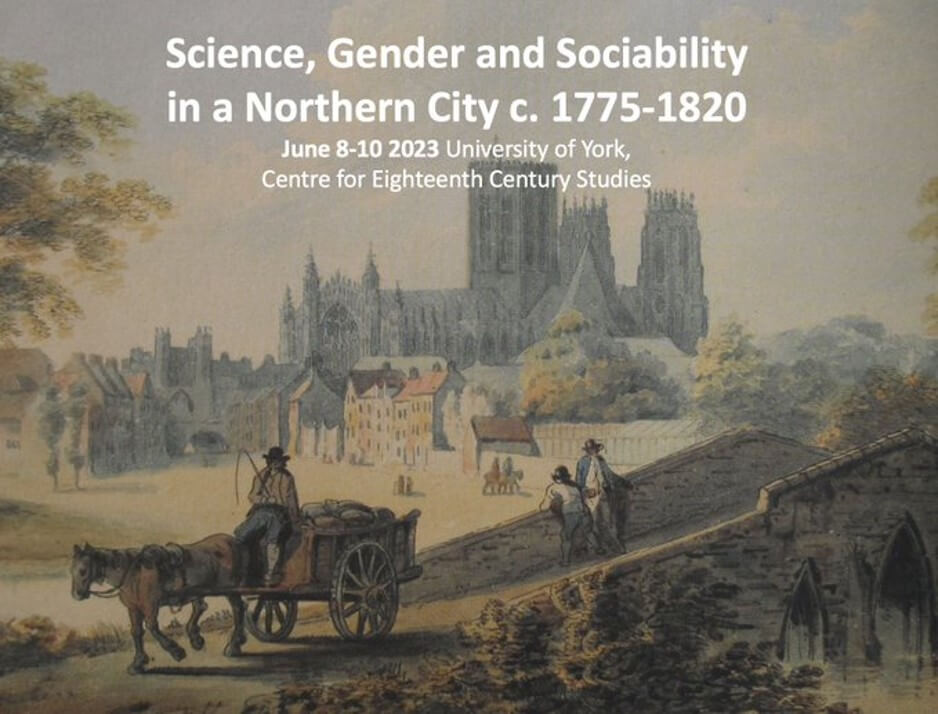 This is a preliminary announcement to alert you, your students and department to the upcoming conference, ‘Science, Gender and Sociability in a Northern City c. 1775-1820’ which will run from 8-10 June 2023 at the Centre for Eighteenth Century Studies, University of York. This is an in-person event which will also be live streamed.

Please note: Full registration details will be circulated in mid-January 2023.

This interdisciplinary, three-day event will bring together scholars in the fields of women’s history, the history of science, literature and theatrical performance, history of music and historical archaeology from across the UK and the USA, to contextualise and analyse the diary of Jane Ewbank (1778‒1824).

Ewbank, the twenty-five year old daughter of a York druggist kept a 34,000-word diary during 1803-1805, which details a conscious and informed project of self-education via reading, sociability and her involvement in the intellectual and social landscape of a northern English city, including the theatre, concerts, science lectures, the natural world and its materiality.

We look forward to seeing you there!