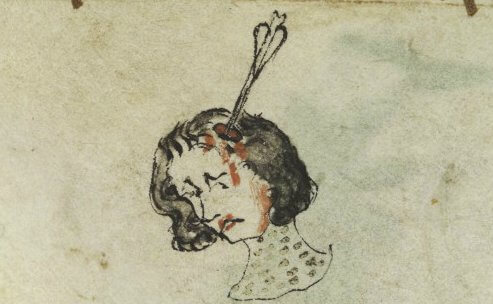 People with disfigurements remain one of the last, under-represented minority groups in history. Their faces, often telling stories of violence and/or ravaging disease, present an uncomfortable subject for study. Modern surgical practices, capable of creating the most ‘realistic’ facial prostheses and thus ‘saving faces’, cannot repair the psychological damage of a changed face, nor address the prevailing social attitudes that either register and then ignore the person completely in the cause of ‘not staring’, or express horror or even disgust at the mis-arranged features confronting the gaze. This lecture is concerned with the historical continuities visible in such responses, suggesting that – as today – only those with a particular story to tell about their disfiguring injuries were ‘accepted’ for themselves and were able to ‘change face’. Victims of criminal acts and war veterans did – and still do – elicit a sympathetic response. But facial disfigurement in the premodern past – when surgery was not yet an option – was also a sign of punishment and/or dubious morality, meaning that the right story mattered. The lecture will trace some examples, and argue for a better understanding not only of the challenges of disfigurement history, but of disfigurement itself.

Patricia Skinner is Reader in Medieval History at the University of Winchester. She is currently completing a project sponsored by the Wellcome Trust on medical and social responses to disfigurement in medieval Europe.