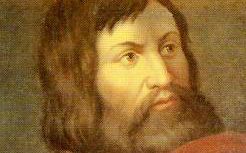 Directions and parking information
(The Hugh Aston Building is no.18 on the map)

Simon de Montfort, Earl of Leicester, was one of the most famous men of the English middle ages, and one whose historical reputation has been vigorously contested. He began his political career as a French adventurer at the court of King Henry III, the king’s favourite and, soon, his brother-in-law. He ended his life fighting in battle at Evesham in 1265, with the king a captive at his side and the king’s eldest son, the future Edward I, as his killer. Denounced as a traitor and regarded by some as a public nuisance, he was seen by many others as a hero, saint and martyr. This lecture will survey his career as politician, devout Christian and experienced warrior, and will try to discover how he came to be seen in such extraordinarily different ways. In the foreground will be the political reform movement of 1258-65, which Montfort came to lead and which for the first time subjected the country to a quasi-republican constitution going far beyond the restraints imposed on the monarchy in 1215.

John Maddicott is Emeritus Fellow at Exeter College, Oxford, where he was Fellow and Tutor in Medieval History.