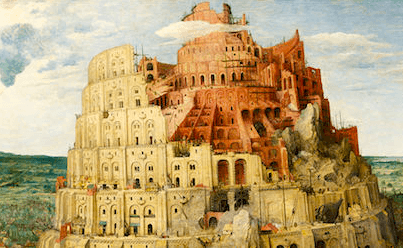 The 2017 Conference of the International Society for Intellectual History (ISIH) will take place at the American University in Bulgaria (AUBG) in Blagoevgrad, Bulgaria, from May 30 to June 1, 2017.

The conference theme is: “The Rethinking of Religious Belief in the Making of Modernity”.

Papers and panels may concentrate on any period, region, tradition or discipline relevant to the conference theme. The range of potential subjects of investigation is extremely broad, and may include, but is not limited to:

• the contribution of the rediscovery and rethinking of ancient religious beliefs and traditions to the making of modernity;• innovations in religious belief and theological doctrine since the High Middle Ages, with a focus on their role in shaping the modern world;• the religious dimensions of Renaissance thought, culture and art;• the Protestant Reformation and the Catholic Counter-Reformation in intellectual history;• the religious dimensions of the Scientific Revolution;• modern biblical hermeneutics and its impact on the modern mind;• the relationship between the Enlightenment and religion;• reason and revelation in natural religion, rational theology, physico-theology, skepticism, fideism, etc.;• discussing and rethinking traditional religious beliefs (e.g. belief in providence, miracles, prophecy, Messianism, millenarianism, the devil, the hell, exorcism, magic, mystical experience, etc.);• atheism, deism, skepticism and irreligion;• the role of religious belief in the Age of Revolution;• the impact of religious concerns and concepts on legal and political theory;• religious toleration and religious freedom;• rethinking the rights, position and role of religious minorities in the making of modernity;• the consideration of Judaism and Islam in modern western culture;• interactions between western civilization and Eastern cultures, with a focus on religious matters;• and religion in philosophical, sociological and historiographical discourses on modernity and post-modernity.

For inquiries, please contact the convenor, Diego Lucci, via email at: dlucci@aubg.edu , or visit the conference webpage: http://isih.history.ox.ac.uk/?page_id=5093