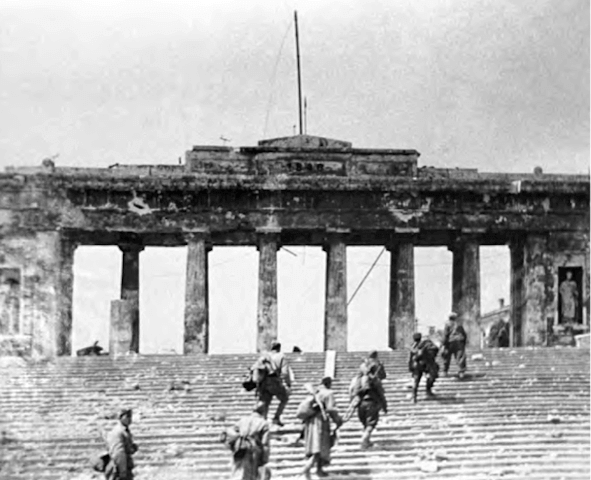 Founded by Catherine the Great, the maritime city of Sevastopol has been fought over for centuries. Crucial battles of the Crimean War were fought on the hills surrounding the city, and the memory of this stalwart defence inspired those who fruitlessly battled the Germans during the Second World War. Twice the city has faced complete obliteration yet twice it has risen, phoenix-like, from the ashes.

In this groundbreaking volume, award-winning author Mungo Melvin explores how Sevastopol became the crucible of conflict over three major engagements – the Crimean War, the Russian Civil War and the Second World War – witnessing the death and destruction of countless armies yet creating the indomitable ‘spirit of Sevastopol’. By weaving together first-hand interviews, detailed operational reports and battle analysis, Melvin creates a rich tapestry of history.

Major General Mungo Melvin will set out the purpose and main themes of his recent monograph Sevastopol’s Wars: Crimea from Potemkin to Putin, highlighting the continuities of Russian/Soviet strategy from 1783 to 2014 and the enduring spirit of of Sevastopol’s defenders in the Crimean and Second World Wars. He will describe the principal sources of material used in the research and writing of the book: British, French, German and Russian. He will present his conclusions, not least regarding the events of 2014, including observations on Russian hybrid warfare.

Mungo Melvin is the author of Manstein: Hitler’s Greatest General (Weidenfeld & Nicolson), first published to critical acclaim in 2010. In 2011 it was runner-up in the prestigious Westminster Prize; in 2012, it won a distinguished book award as best biography of the year from the US Society for Military History. Major General Mungo Melvin CB OBE is a retired senior Army officer. Commissioned into the Royal Engineers in 1975, he saw operational service in Northern Ireland, the Middle East and the Balkans. During the latter part of his 37-year career he specialised in strategic analysis and professional military education and doctrine, becoming one of the British Army’s leading thinkers and writers. Until recently, Mungo Melvin was president of the British Commission for Military History, and is currently advising the British Army on the First World War centenary commemorations. He is a senior associate fellow of the Royal United Services Institute and a senior visiting research fellow of the war studies department of King’s College London. From 2012-2017 he served as a specialist adviser to the House of Commons Defence Committee. He lectures widely on strategy and military history in both the public and commercial sectors.

This event is free but registration is required here: https://www.eventbrite.co.uk/e/researching-writing-sevastopols-wars-causes-continuities-lecture-tickets-33654088284