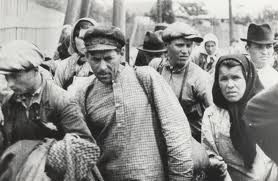 Professor Atina Grossman, The Cooper Union for the Advancement of Science, New York

In this lecture, renowned historian Professor Grossmann addresses a transnational Holocaust story that has remained untold: the plight of Jewish refugees in Soviet Central Asia, Iran and India. She seeks to integrate these largely unexamined experiences and lost memories of displacement and trauma into our understanding of the Shoah, and to remap the landscape of persecution, survival, relief and rescue during and after World War II.

Atina Grossmann is Professor of Modern European and German History and Women’s and Gender Studies at The Cooper Union, New York. Her recent books include: Jews, Germans, and Allies: Close Encounters in Occupied Germany (Princeton University Press, 2007) awarded the Fraenkel Prize in Contemporary History from the Wiener Library, London and the George L. Mosse Prize,  American Historical Association; and After the Nazi Racial State: Difference and Democracy in Germany and Europe (University of Michigan Press, 2009).