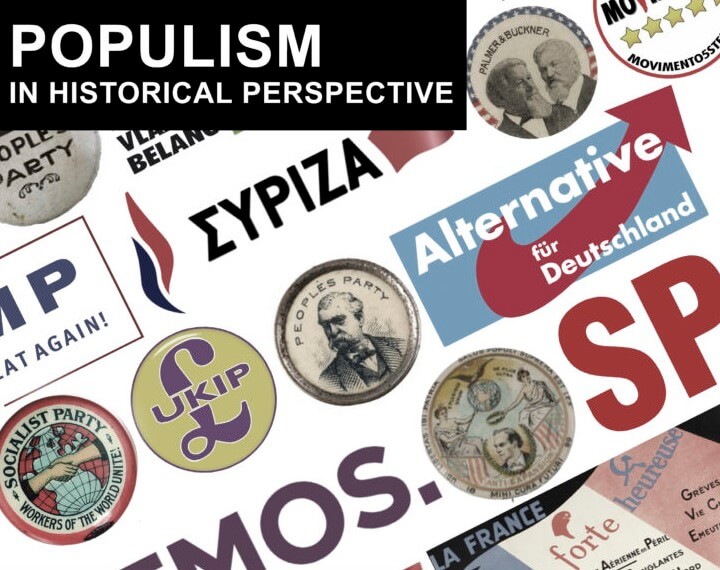 Populists tend to portray themselves as standing for the marginalised. Yet they seek to be majoritarians, and their coalitions often encompass a large range of publics, characteristically cutting across divides (socio-economic, cultural, regional, occupational) which other political formations treat as normative. What is the class composition of populist movements and to what extent is the formulation ‘the people’ used to shape a politics that lies outside class (or other) conflict? Who in turn lies outside the people?

Ken Cheng (UCL): From ‘Proletariat’ to ‘People’: Revolutionary Modernity and the Social-Democratic Origins of European Populism

Populists characterise themselves as defenders of a particular set of values, often under attack by a distant elite. What social structures, cultural practices and economic interests shape these values? How do these values translate into political decisions? How do they inform notions of legitimacy, democracy, and authoritarianism.

Populism often deploys the language of ‘common sense’, both as a persuasive rhetorical tool and an articulation of the subjectivity of a group which feels it has been neglected or ignored. How are these knowledges formed, communicated and mobilised? What is the role of the media, both as a mouthpiece for populist politics, a force in shaping the context in which it emerges, or as a focus for anger on the part of publics. What role have new forms of media played in allowing contemporary populists to communicate with their publics?

Thomas Niehr (Aachen): The Language of Populism: A Multi-Dimensional Phenomenon

Elinor Taylor (Westminster): On Populist Realism: the Novel of the British Popular Front

Marko Grdesic (Zagreb): Constructing ‘the People’ in Late Socialist Serbia: the Case of Letters to the Press

Registration if free but if you plan to attend, please notify:  team@passionatepolitics.eu