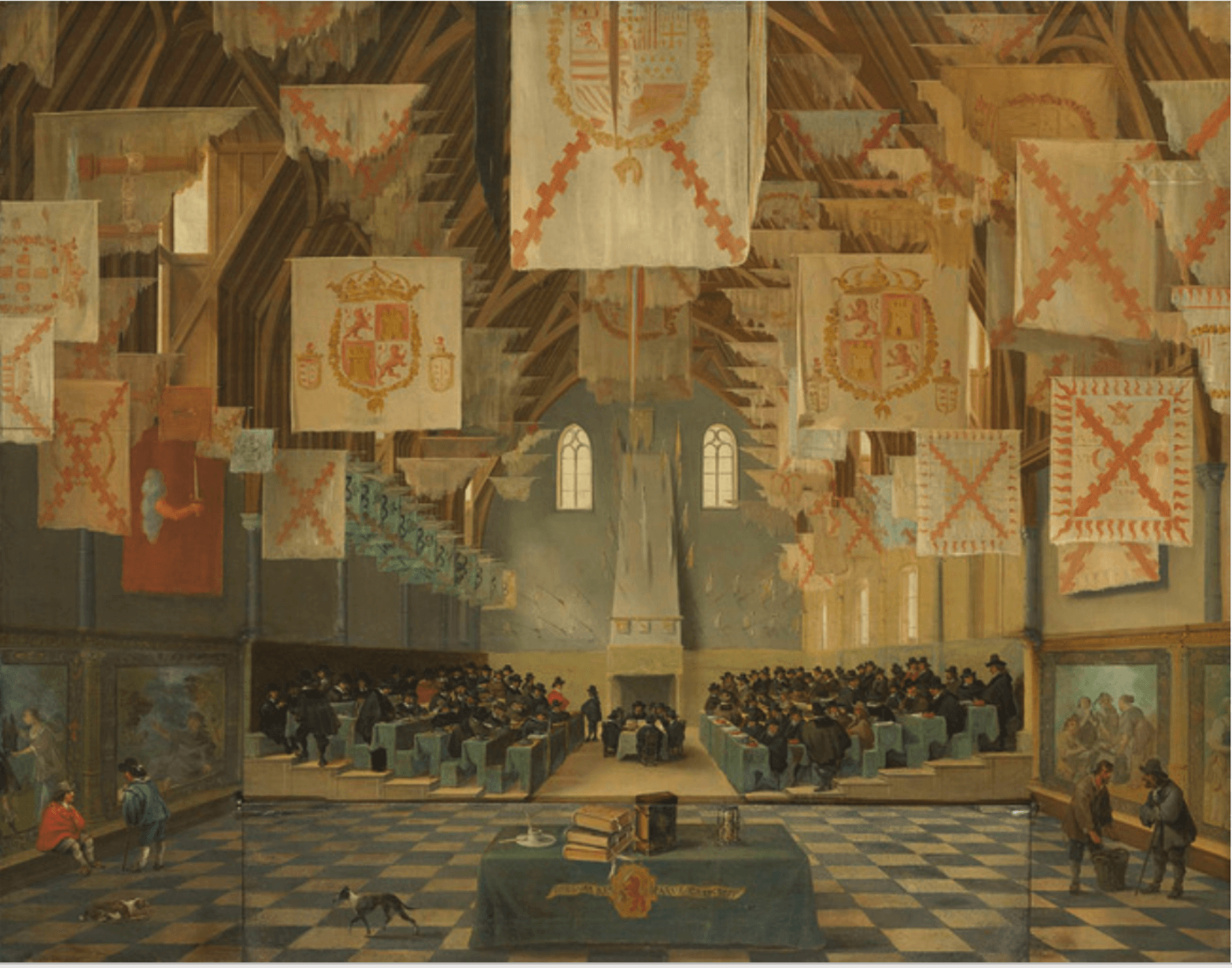 What does early modern historical drama say about political assemblies such as Parliaments, Cortes, Diets, Estates, Senates, and States General? In Shakespeare’s Henry VI part 3 Parliament is a site where the nature of monarchy is discussed. The play opens in the Parliament House of England and, as the scene unfolds, Yorkists, Henry and the king’s supporters debate who the rightful king is and on what grounds the throne could be legitimately claimed. What, though, of Continental drama? Do French plays dramatize proceedings in the Estates General during the blood-soaked Wars of Religion? Or Dutch ones stage disputes unfolding in the States General during the Protestant revolt against Spain? How far do history plays produced in one country reflect on political assemblies in another, whether past or present? Are there neo-Latin plays which, through whatever historical guise, invoke consultations in some form of deliberative assembly?

This conference is a collaboration between two international research projects: ‘Histories: Assessing the Role of Aesthetics in the Historical Paradigm’ and ‘Recovering Europe’s Parliamentary Culture, 1500-1700: A New Approach to Representative Institutions’ (Oxford). We see it as an exploratory and fact-finding exercise and hope for a wide participation of international scholars. With your help we hope to get a sense of the range and variety of early modern Europe’s vernacular and neo-Latin historical drama that depicts Diets, Estates, Parliaments and Parliament-like assemblies, and to begin exploring the variety of depictions and uses of those assemblies.

Whether written and performed in monarchical or republican regimes, whether set abroad or at home, or in ancient, medieval, or near-contemporary times, how did European historical drama use Parliaments, Cortes, Diets, Estates, Senates, States General and similar bodies to discuss notions of power, authority, and legitimacy? How far was the relationship between theatre and political assemblies conceptualised as the drama or theatre of politics? Analyses of topical or allegorical invocations of such bodies are also of great interest.

Proposals for papers of 15 minutes are invited. We particularly welcome papers that discuss the following topics:

The conference will include two interdisciplinary round table discussions: one on what depictions of national assemblies in European historical drama reveal about literary and theatrical trends, genre and rhetoric, and one on what they suggest about contemporary understandings of such institutions and their changing cultures.Confirmed speakers include Paulina Kewes (Oxford), Sofie Kluge and David Hasberg Zirak-Schmidt (both University of Southern Denmark) and Paul Seaward (History of Parliament Trust).

Please send an abstract of up to 1000 words and a brief biographical note (including institutional affiliation) of up to 200 words to parliamentaryculture@sdu.dk by 31 May 2021. Delegates will be notified by 7 June.