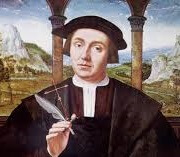 The Lecture will be delivered by Professor Martti Koskenniemi (Helsinki)

Title: ‘Jus gentium: the power of a middle concept’.

The lecture will address the role of the locution “jus gentium” in early modern legal discourse. Situated between unchanging natural law and the (positive) law of the city, jus gentium operated between the 12th and 18th century above all to justify two types of practices: those that may be understood as giving expression to some contingent but universal need or pursuit, and those that have to do with the changing relations between political communities. It has, for example, been used to encompass the laws regulating inter-sovereign relations in war and peace, colonial expansion, commercial relations, and a plethora of practices that appear to exist everywhere (such as contracting and marriage). The talk will also address the relationship between the analysis of early modern political concepts (such as jus gentium) in the history of political thought and in histories of law and legal institutions. Particular attention will be directed to what could be called the structural and strategic demands of legal argument.