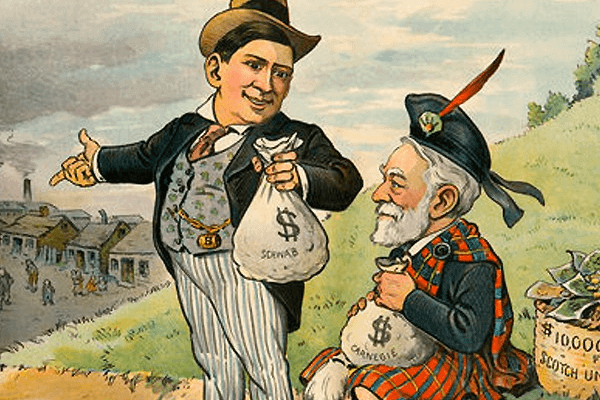 Meaning, literally, “love of all mankind”, the historian Lawrence J. Friedman has framed philanthropy as ‘a collective form of charitable giving.’ In the nearly two centuries since Alexis De Tocqueville’s observation that the United States is a ‘nation of joiners,’ volunteerism and philanthropy have played a significant role in America’s domestic and international history. For some, such as the scholar Olivier Zunz, philanthropy is ‘part of the American progressive tradition.’ Yet despite good intentions, the history of American philanthropy is not without controversy. Indeed, the political scientist Inderjeet Parmar, acknowledging that ‘it is difficult to believe that philanthropy…could possibly be malignant,’ has argued that it has not always been either an effective tool or a force for positive change.

The purpose of this workshop is to engage in this debate concerning the positive and negative aspects of American philanthropy. It is hoped that the research presented will both challenge and further our understanding of the role of charity and philanthropy in American history. From small Church groups and missionary efforts to secular organisations and multi-million dollar foundations, research papers covering any aspect of the history of philanthropy in America will be encouraged.

The keynote lecture will be delivered by Professor Inderjeet Parmar (City University London).

ovided by the Economic History Society a limited number of bursaries will be made available to support attendance by PGRs and ECRs. Priority will be given to speakers without access to institutional support. Please indicate in your additional information if you would like to apply for a bursary and whether you have access to institutional support, giving an estimate of potential travel and/or accommodation costs.