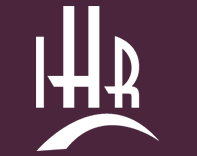 The extraordinary death tolls suffered on the fighting fronts of the First World War gave rise to devastating and unprecedented levels of loss for individuals and communities across Europe and the wider world. Indeed, bereavement became so widespread during the conflict that it can rightly be regarded as one of the defining experiences of the war. Historians have had relatively little to say about wartime loss, however, and the bereaved have not been widely acknowledged or remembered during the centenary commemorations of the conflict.

In order to shed light on this much-overlooked theme, a major collaborative conference will be held at the Institute of Historical Research and Senate House on 5 and 6 September that will bring historians and community groups together to explore maternal bereavement as a result of the war, an experience that was understood to be particularly painful and difficult to come to terms with. The conference will be staged as part of an ongoing community project on motherhood, loss and the First World War funded by the Ministry of Housing, Communities and Local Government and organised by the Big Ideas Company, the London Centre for Public History and the Institute for Historical Research.