Home > Events > Monumental Medievalism: Public Monuments and the (Mis)Use of the Medieval Past 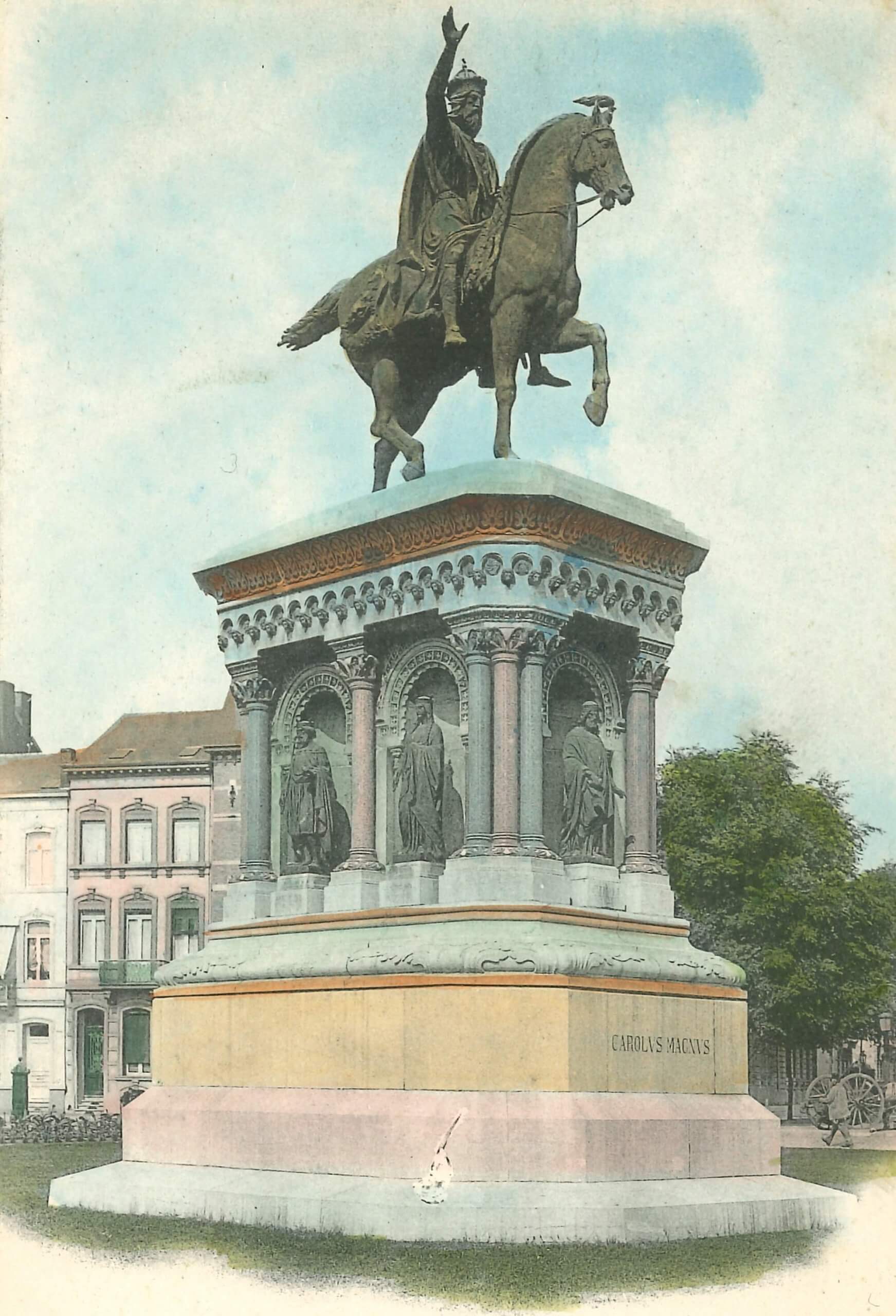 In the summer of 2020, one of several dozen protests organised throughout the world in response to the murder of George Floyd in Minneapolis (USA) culminated in the statue of the slave trader Edward Colston being dumped into the water of Bristol Harbour (England). The ripples were felt across the globe. In the ensuing days, weeks and months, scores of other monuments depicting historical figures were variously defaced, toppled, removed from view, or placed under new scrutiny. Many of these had played prominent roles in the slave trade and/or in European colonialism. Some of these monuments were of medieval figures, while others were evocative—to varying degrees of credibility—of the (faux-)chivalric codes and rose-tinted regalia of the medieval past. Of course, to medievalists, the convergence of civic and civil statuary with protest and activism was nothing new. In fact—from the damnatio memoriae of later Roman Emperors to Saints Florus and Laurus smashing statues in Kosovo; Byzantine Eikonomachía; Aniconism in medieval Islam; the Huichang Persecution of Buddhist images; the Ghaznavid plundering of Mathura and Somnath; the Khmer intolerance of Jayavarman monuments in Angkor; the Strigólnik stripping of Pskov and Novgorod; and the First and Second Suppression Acts of the 1530s—many of its roots actually lie in the medieval world. What use then, or advantage, might the study of the Middle Ages hold in evaluating these modern political struggles? This workshop will address precisely this question.

The workshop has three aims. Firstly, it will explore examples of statues, monuments and related forms of public sculpture which speak to the ongoing making and unmaking of medieval figures, images and histories: what we term ‘Monumental Medievalism’. Secondly, in addition to considering the ‘when’, ‘how’ and ‘why’ of monuments’ original production, it will interrogate the varied and often contested meanings that monuments later acquired over time. Of special interest, moreover, will be papers that address not only the use but the misuse of the Middle Ages, in connection to questions of local identity, gender, sexuality, race, religion and/or marginalisation. Thirdly, it will take the measure of nostalgia for the Middle Ages in the twenty-first century, asking questions of appropriation, anachronism, authenticity, nationalism and reflecting upon the possibilities and pitfalls of conscripting medieval images to serve as contemporary cultural conduits.

For the full conference programme, and how to register to attend online, see: https://www.eventbrite.co.uk/e/monumental-medievalism-public-monuments-the-misuse-of-the-medieval-past-tickets-385605214577