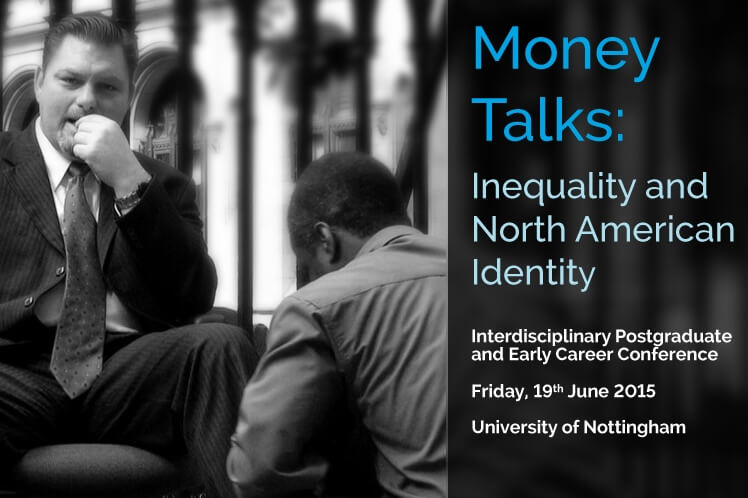 Seven years on from the start of the Great Recession, North America remains racked with problems of poor job opportunities, financial sector profligacy, and the ever growing disparity between the mega-rich and the destitute. Occupy movements, government shutdowns and striking fast food workers signal the continued economic tumult of Obama’s U.S. Meanwhile Canada may have exited the downturn less scathed than others, but its recovery remains fragile in the face of disappointing prospects for growth. Amidst the macro-noise of economic stress, it is perhaps tempting to forget the micro-level ramifications for ordinary North Americans, who experience financial inequality not as abstract data, but as concrete fact.

On Friday 19th June 2015, 49th Parallel’s academic conference ‘Money Talks: Inequality and North American Identity’ will gather together postgraduate students and researchers to discuss these pressing issues. How has the recession influenced forms of American and Canadian cultural production? Is financial hardship more visible than ever before in North America – or more anaesthetised? How does income inequality interact with ethnic, racial, sexual, and gender experience, whether in 2014 or 1773? Are financial crises the exception or the norm in North American history? Join us in June to debate these and other questions as we explore how inequality continues to shape past, present and future identities in the United States and Canada.

We are delighted to announce that Dr Paul Crosthwaite (University of Edinburgh) will be giving the keynote address.