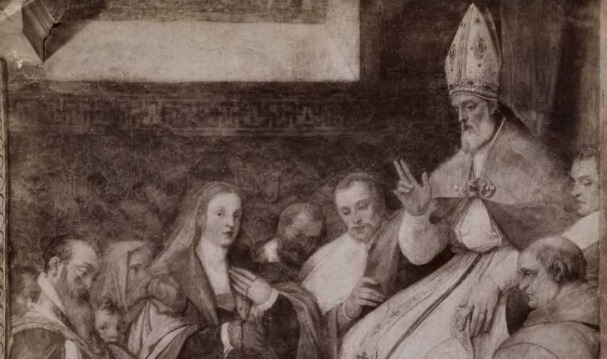 ‘Modern Europe meets Reform’ is a workshop that aims to investigate the development of historical writing about the medieval church across the period from the Reformation to the twentieth century. We hope this will bring together medievalists and modernists and create new areas for debate. Confirmed speakers include: Stefan Bauer (York), Joshua Bennett (Oxford), Julian Fuehrer (Zurich), Daniel-Odon Hurel (CNRS Paris), Stephen Taylor (Durham) and Nicholas Vincent (UEA).

A number of bursaries for research and taught postgraduate students are available to help towards travel and accommodation costs for this workshop. The deadline for application for these is Monday 12 February 2018. Please contact Dr Ceri Pitches (c.l.pitches@leeds.ac.uk) for further details.’

Modern Europe meets Reform’ is part of a larger international project entitled ‘Rethinking Reform 900-1150: Conceptualising Change in Medieval Religious Institutions’, funded by the Leverhulme Trust. It brings together scholars from across Europe to focus on how changes in medieval churches were understood and explained in their own day and on how they have been reinterpreted in post-Reformation and especially post-Napoleonic historical writing.

The project is co-ordinated by the University of Leeds (UK), with partners from UEA, Paris VIII, Mainz, KU Leuven, Durham and Ghent. Over the years 2016-19 the project will run four workshops and a final conference to allow discussion of various aspects of the main theme. Workshops in January and September 2017, held respectively at York and KU Leuven, gave groups of scholars the chance to reflect on the choice of vocabulary used to define change between the early middle ages and the twelfth century and also the ways in which medieval institutions and individuals created narratives of change.