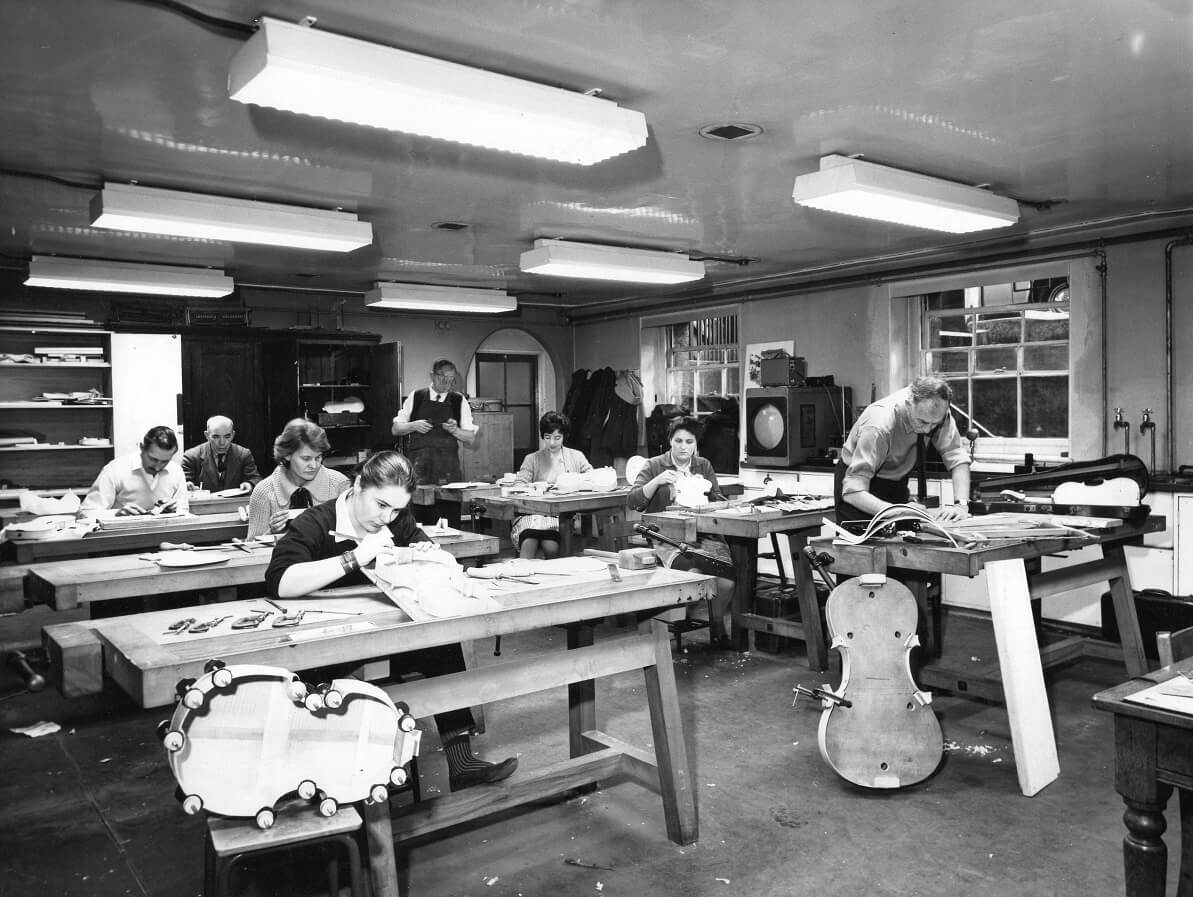 This second ‘Made in London’ one-day conference continues the theme of the first conference, held on 28 May 2016, in examining the making and development of musical instruments in London from the seventeenth century to the present day.

Again, all interested parties are invited to attend and, through the shared discussion of current research, to generate a better understanding of issues affecting both former and current practitioners. The programme below has been selected to promote new dialogue between the practical and theoretical, to refresh organological thinking, and to forge new collaborations in the practice and analysis of musical instrument-making.

Demand and Supply: Wind Instruments for Britain and the Empire (Jocelyn Howell)

The London-made ‘Melophonic’ guitar and its influence upon the American steel-string acoustic guitar (James Westbrook, University of Cambridge)

The influence of the Broadwood piano on the London Pianoforte School in the early nineteenth century (Jing Ouyang, Royal Northern College of Music)

Celebrating the Centenary: a short history of the National School for the Music Trades of the Northern Polytechnic Institute and its successors 1916–2016 (Lewis Jones, London Metropolitan University, and Marie Kent, Institute of Musical Research)

The event is sponsored by London Metropolitan University and is free to attend. Registration is now open via the following link:

We hope you will be able to join us, and look forward to seeing you there.