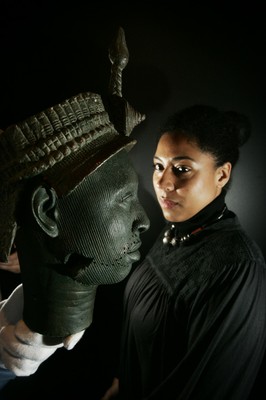 This year’s London Journal lecture will be given by Dr Caroline Bressey, ‘Imagining the Black cook in the multi-ethnic Victorian city’.

This talk returns to the announcement of a new private club that appeared in The Times newspaper in 1902. It remained in my mind over many years because of the mention of a Black cook who was expected to take a post in the club’s new kitchens in London. In returning to this announcement I will be focusing on a strand of my current book project exploring how people lived together in the multi-ethnic cities and towns in late Victorian England. In this thread, using reports and advertisements in newspapers, I explore the labour undertaken by Black working-class men and women who worked within the hierarchies of domestic labour, specifically in the spaces of domestic and commercial kitchens of London, and how we can reconstruct or imagine the experiences of those who (may have) cooked in them.

Dr Caroline Bressey is a Reader in Historical and Cultural Geography, in the Department of Geography, UCL. Her research focuses upon recovering the historical geographies of the black presence in Victorian and Edwardian Britain. Parallel to this are her interests in ideas of race, racism, anti-racism and identity in Victorian society. These themes were the focus of her book on the historical geographies of Victorian anti-racist periodical publishing, ‘Empire, Race and the Politics of Anti-Caste’ (Bloomsbury Academic, 2013). Her interests in how history is represented in heritage spaces has led to curatorial collaborations with the National Portrait Gallery, the Museum of London Docklands and Tate Britain.