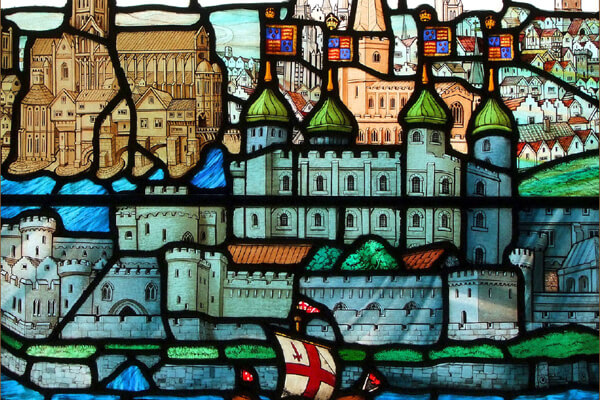 Inner Temple History Society Lecture: London and the Temple in 1270

In this lecture Professor Caroline Barron will focus on the built environment of the City of London in the year 1300, making use of the new map of medieval London (1270-1300) recently published by the Historic Towns Trust.

The city during this time was at its most populous (about 80,000 people) before the ravages of the Black Death of 1348 halved the population of London. Both Royal and city government burgeoned at this time, with the royal government increasingly centred at Westminster and the consequent establishment nearby of town houses by the lay and ecclesiastical great Lords. Surviving archives reflect the growth of civic business, financial transactions and transfers of land.

The two great crusading orders of the Hospitallers and the Templars had, by the late twelfth century, established headquarters in London. In 1307 the Templars were disgraced and disbanded and their properties throughout England were forfeited to the Crown. The land here was given to the Hospitallers who leased it to the lawyers.

In a shorter presentation The Rev Robin Griffith-Jones will examine life at the Temple during this period.

Doors will open at 5.45pm with drinks served after the lecture in the Round.