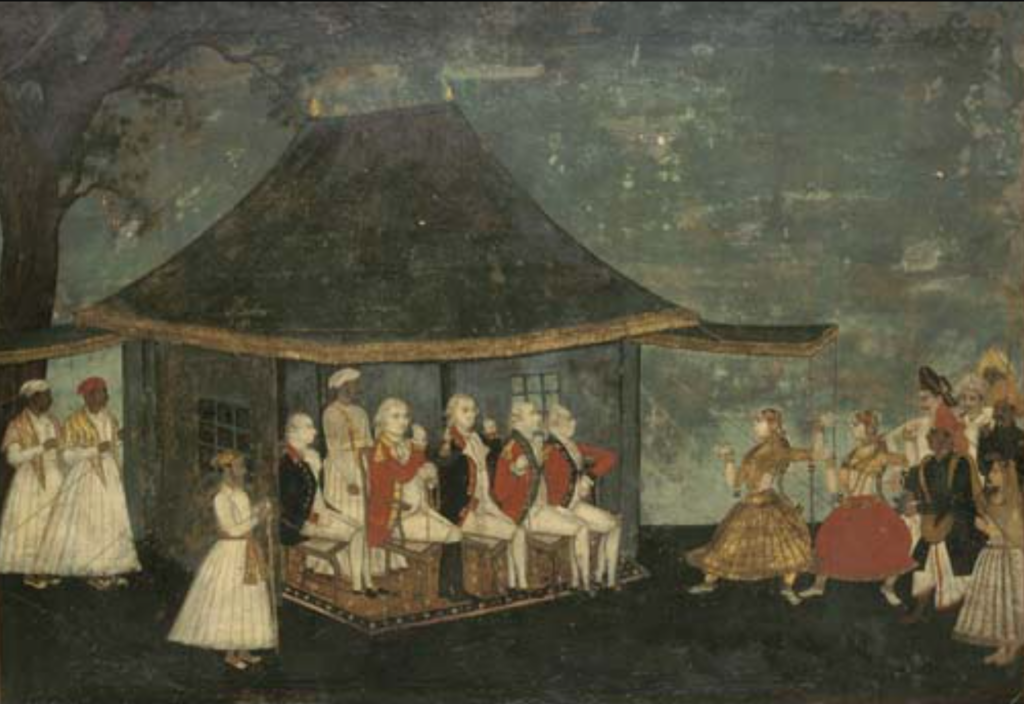 This lecture will look at sexual attitudes and behaviour in India during the Mughal and British periods. Julie Peakman examines colonisation and the imperial experience from women’s points of view, showing how they were involved in the building of empires but almost invariably exploited.

Julie Peakman’s research into licentiousness, both of European colonisers and Eastern elites, portrays empire-building as a form of sex culture that varies across time, place and human experience. She shows how a new type of male licentiousness produced by Europeans’ experiences overseas and the sexual attitudes and practices of indigenous peoples played a key role in the making of modern sexuality.

Dr Julie Peakman is the author of Licentious Worlds: Sex and Exploitation in Global Empires (2019). She is a historian of 18th-century culture, sexuality and pornography. Her other books include Amatory Pleasures: Explorations in Eighteenth-Century Sexual History. She is a Fellow of the Royal Historical Society and an Honorary Fellow of Birkbeck, University of London.

This is an online event, bookings: https://www.britishinindia.org.uk/lectures/