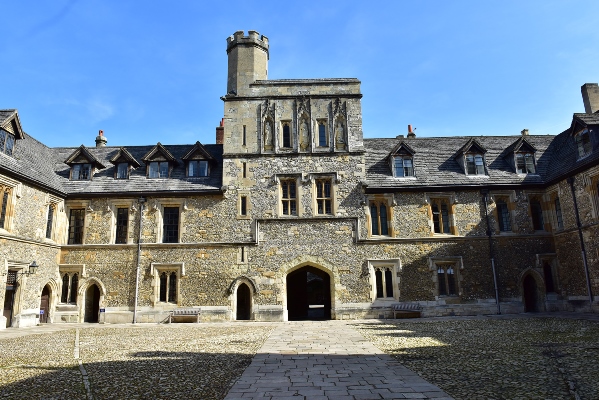 The Civil Wars and Interregnum were crucial for the development of British libraries, both private and institutional. During the 1640s and 50s many libraries were destroyed and their collections dispersed, but this period also saw the establishment of several important libraries and the growth of existing collections. There were special opportunities for library creation in this period, and there emerged new ideas about the nature and purpose of libraries. This conference considers the fortunes of various British libraries between 1640 and 1660. Bringing together new research by leading scholars, it explores in depth the impact of the religious and political upheavals of the period. Winchester College is one of the oldest schools in England. The conference will be held in the College’s fine seventeenth-century schoolroom and meals will be taken in the medieval hall. Delegates will have chance to explore the College’s historic library. A temporary exhibition will illustrate some of the themes of the conference through an examination of the history of three Winchester libraries in this period: the College, the Cathedral, and the library of George Morley.

Winchester College is in the centre of Winchester, an hour’s train journey from London and Oxford. There are many hotels and B&Bs in and around the city. Accommodation closest to the College is provided at the Mercure Hotel, the Wykeham Arms, and the Winchester Royal Hotel.

A booking form is available at: http://www.winchestercollege.org/fellows-library