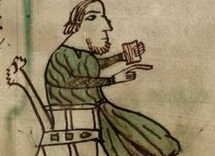 This conference is the final event hosted by the Voices of Law: Language, Text and Practice network. Following on from the Law and Language Colloquium in 2015 and the Law and Ritual Colloquium in 2016, the final Colloquium in the Voices of Law series, funded by The Leverhulme Trust, will be Law and Legal Agreements 600-1250. This conference aims to draw together scholars working on various geographical areas to identify points of similarity and contrast in language, text and legal practice. The making of legal agreements opens a window onto various aspects of the medieval world, from trade to marriage to the treatment of ‘outsiders’, and this conference aims to chart the development of these agreements from the period c.600 to c.1250.

KEYNOTE: Thinking in Pairs: Law and Language in Medieval Wales

There will be lunch and refreshments on both days – there is a conference fee to cover the catering costs.