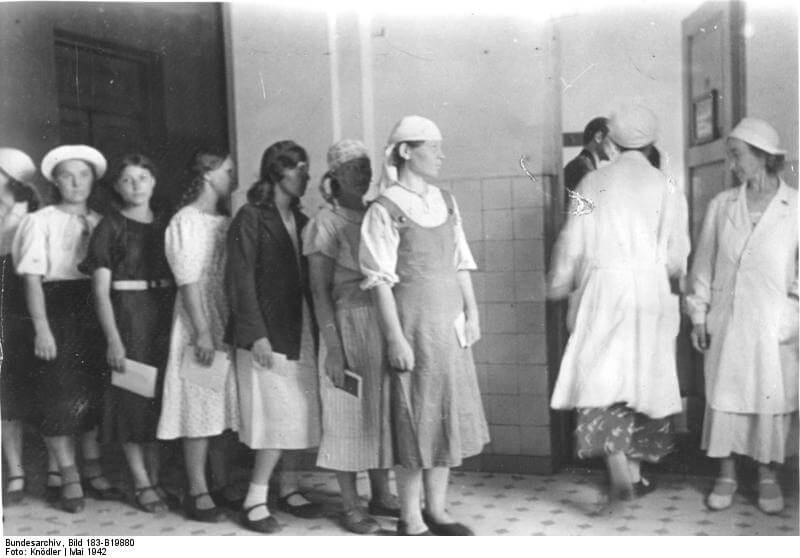 Foreign labour was an essential resource for the Nazi war economy: by September 1944, around six million civilian labourers from across Europe were working in the Reich. Any initial readiness on the part of the peoples of Nazi-occupied Europe to volunteer for work in the Reich had quickly dissipated as the harsh and often vicious treatment of foreign workers became known. The abuse and exploitation of foreign forced labourers by the Nazi regime is well documented. Less well understood is why women formed such a substantial proportion of the labour recruited or forcibly deported from occupied Poland and the occupied Soviet territories: in September 1944, over 50% of Soviet civilian forced labourers and more than a third of Polish forced labourers were women. This lecture explores the factors influencing the demand for and the supply of female foreign labour from occupied Eastern Europe, particularly after the appointment of Fritz Sauckel as the head of labour mobilization in March 1942. It will consider the explanations offered hitherto for the large-scale deployment of female foreign workers from Eastern Europe, and examine the contradictions of Nazi policy towards them within two interlocking systems of control: the regime’s regimentation of labour and its racist mechanisms for controlling human reproduction.

Elizabeth Harvey is Professor of History at the University of Nottingham. Her publications include Youth and the Welfare State in Weimar Germany (1993) and Women and the Nazi East: Agents and Witnesses of Germanization (2003). She is a member of the historians’ commission appointed by the German Federal Ministry of Labour to oversee the research project on the history of the Reich Labour Ministry under National Socialism. 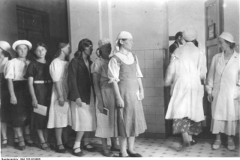