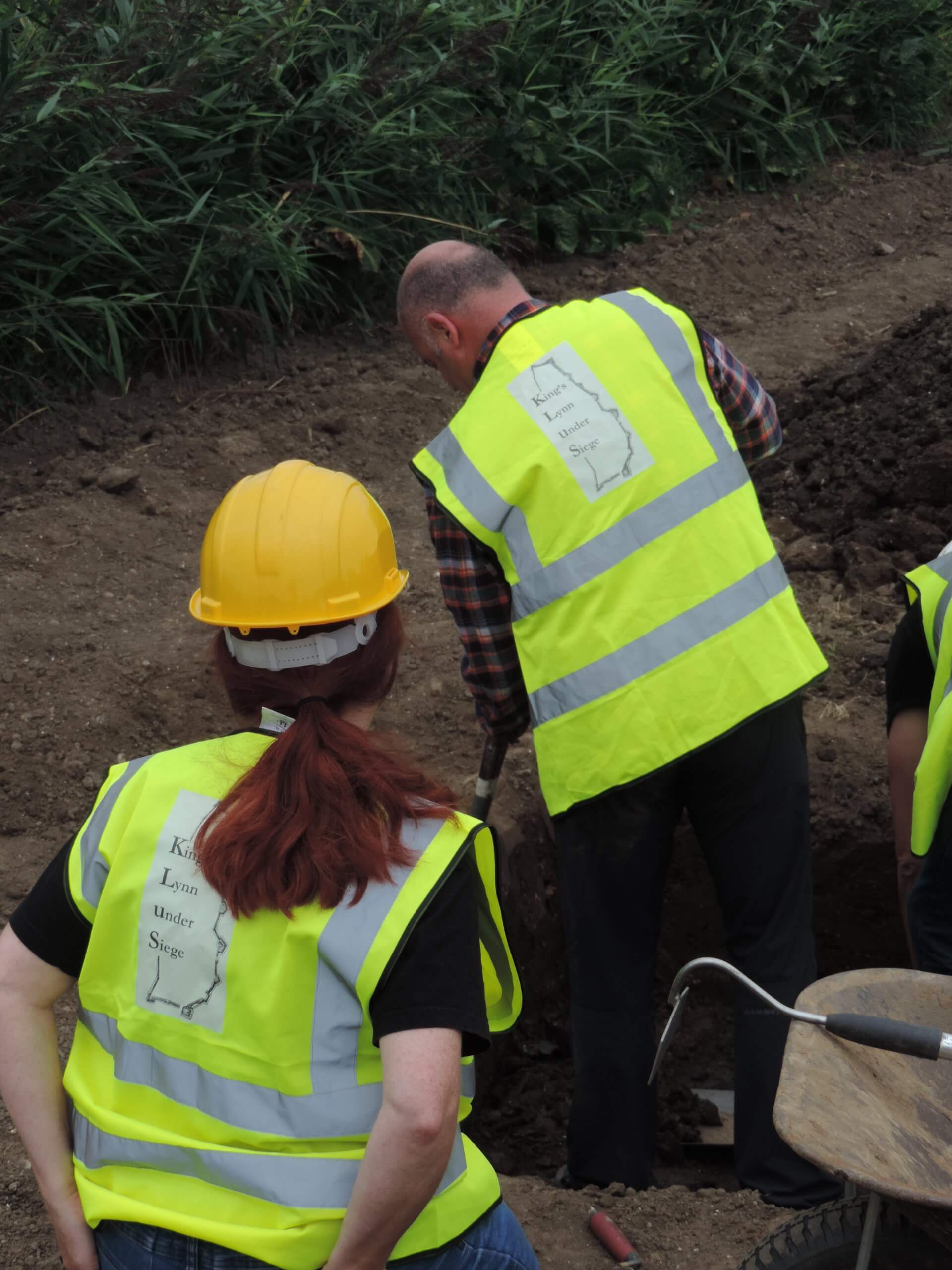 The principal aim of the King’s Lynn under Siege (KLuS) English Civil War archaeological project is to understand the lived human experience of the English Civil Wars and its impact on the people and fabric of King’s Lynn, Norfolk. Formed in January 2018, KLuS was well and truly launched in September 2021 when it featured as part of Channel 4’s ‘Great British Dig’ series. The programme centred on the investigation of part of the town’s (now lost) fortifications, constructed in the aftermath of the 1643 siege, transforming the town into the strongest fortress in East Anglia. For more information about the siege and the defences of King’s Lynn see https://www.militaryhistorylive.co.uk/mhl-kings-lynn-under-siege.html.

The results of the ‘Great British Dig’ exceeded expectations and are of national importance. Yet there is still so much awaiting to be discovered. More evidence is required as part of on-going research, whilst the investigation itself raised new questions that require answers. The fortifications of King’s Lynn constructed in 1643-4 were some of the most sophisticated built anywhere during the English Civil Wars. KLuS offers the unique opportunity to explore these defences and to make an important contribution to the study of 17th century fortress warfare. During the summer of 2022 we will be returning to explore further this intriguing site – Join us!