Home > Events > In the Presence of Majesty: James V and Sir David Lindsay 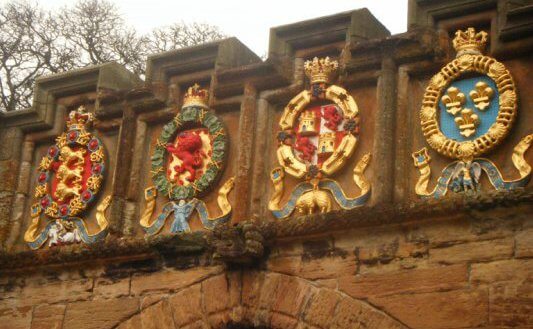 This one day conference intends to examine a range of themes including architecture, arms and armorials, furnishings and court portraiture, ceremony and tournaments, the Scottish royal honours, heralds (particularly Sir David Lindsay of the Mount), and music at court during the reign of James V in Scotland (r. 1513 – 1542). This Stewart king took the throne aged little over a year old and seized power aged 16 in 1528, his reign was one of frenetic activity in many respects and only his various cultural endeavours were only terminated by his early death aged 30 in 1542.The speakers will be focusing on one main core idea: to examine whether these strands of cultural identity can be woven together to reveal a considered and coherent programme to promote James V to his own people, and beyond that to promote himself and his country to the other crowned heads of Europe.

This event is sponsored by the Heraldry Society of Scotland