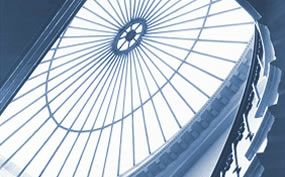 n light of the coronavirus pandemic, the seminar series on Feminist Histories will be presented as part of the GHIL audio podcast. The lectures will be available for download on the GHIL website , with a new episode released every Wednesday from 1 July to 15 July .

1 July, Chiara Bonfiglioli (Cork)Internationalist Waves and Feminist Waves in Italy, Yugoslavia, and Cuba from the 1950s to 1970s

Chiara Bonfiglioli’s lecture will focus on women’s internationalism in Italy, Yugoslavia, and Cuba, and on the gendered imaginaries of citizenship that circulated among the generation of women active within Cold War mass organizations in the 1950s and 1960s. It will also consider how this ‘internationalist wave’ engaged with second-wave feminism in the 1960s and 1970s, a time characterized by the overlapping of different generational paradigms of women’s and feminist activism, the “emancipation” one based on women’s socio-economic rights and institutional reform, and the “liberation” one based on gender, sexuality and grassroots activism. These generational paradigms were not only national but also transnational, and were shaped by the global developments of left-wing parties and movements, and of women’s and feminist movements worldwide.

8 July, Jane Whittle (Exeter) and Laura Schwartz (Warwick)Understanding Women and Work from the Early Modern Era to the Present. A Roundtable

This roundtable brings together two experts in the field of women’s work to discuss how ideas of work and gender have changed across the centuries. Alongside considering what women’s work is, it will explore how women’s work has been defined and valued in the past and within historical scholarship.

Maud Bracke’s lecture presents an interpretation of the emergence following World War Two of the notion of ‘reproductive rights’. Drawing on critical understandings of reproductive biopower, it focuses on the ways in which the introduction and legalisation of the contraceptive pill across Western Europe in the long 1960s produced new, gendered discourses on family planning, responsibility in reproduction, sexual morality, and bodily autonomy. The analysis focuses on tensions between different groups advocating access to the pill: the family planning movement, rooted in population control and neo-Malthusianism, and the ‘new’ women’s liberation movement, which re-centred debates on reproduction on the principles of bodily autonomy and individual rights. Case studies focus on Italy (specifically, the illegal distribution of the pill among women of the Roman slums in the 1950s-60s) and France (the distinct family planning approaches vis-à-vis immigrant women in the 1960s-70s).