Home > Events > Football as an Instrument of Nation Building 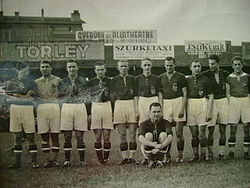 Football as an Instrument of Nation-Building II: 10th sport-historical conference held by the Schwabenakademie at Zurich

After the end of WWII, of the disintegration of the colonial system and of the defeat of Cold War, a post-national era seemed to have dawned. Nonetheless, quite soon exactly the contrary turned out to be the case. Nationalism has become a newly strengthened factor within international politics.

Even though football is really an apolitical hobbyhorse, its structure organised in national federations contributes to the creation of national identities as well as to challenging them.

The conference “Football as an Instrument of Nation-Building”, which is held 17 to 19 February 2017, is dedicated to this political influence of the Beautiful Game. Here, all the latest research results concerning football nationalism in ca. 20 European and overseas states will be presented to the public.

The recent example of Kosovo attests to how up-to-date the topic is. Even though the Kosovo declared its independence in 2008, it has not yet become a member of the UN. All the same, it is a member state of UEFA and FIFA. The international Court of Arbitration for Sport at Lausanne (Cas) confirmed this status in January 2017. Therefore, the national football team of the still young state plays a key role in the process of nation building of the Kosovo.

The 10th sport-historical conference organised by the Schwabenakademie exceptionally takes place in Zurich at the headquarters of FIFA and thus not in Irsee (Bavaria). The football world federation acts as the host for this jubilee event.