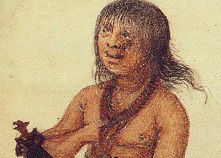 ‘Decision-makers have shown a need for help in isolating and understanding the complexity, weight, and relevance of culture as they consider foreign policy initiatives.’

As the CIA publicly acknowledged in a recent mission statement, understanding other cultures is a political imperative in an increasingly connected, globalised world. Assessing cultural topographies becomes an important tool in state intelligence-gathering and analysis.
The early modern period is particularly significant in this regard, where commerce and global settlement inspired people to look outwards even as European states sought to consolidate their power at home. While cultural encounters in ‘colonised’ territories have figured large in recent scholarship, this workshop seeks to build on this material in order to explore the effects of such encounters on the metropole. This will offer new perspectives on the interrelation between politics and culture in a time of state formation, arising from the intellectual and commercial engagement with cultures outside of Europe.

This one-day workshop seeks to broaden the interdisciplinary dialogue of cultural difference and expressions of sovereignty between 1492 and 1800, with a special focus on the effects of frontier experiences on how the home country responded to news and reports of these initiatives. The aim of the workshop is to create a cross-institutional research network that might stimulate further discussion and collaboration on this theme, including the possibility of an edited volume. It will feature a keynote paper from Phil McCluskey (Sheffield).