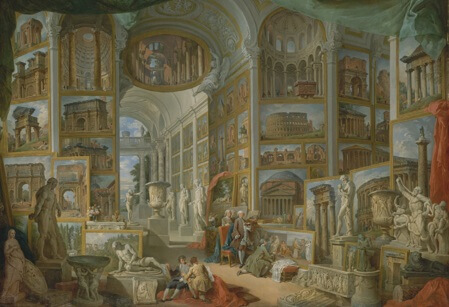 The principal objective of the conference is to examine the connections between erudition, antiquity, and the Enlightenment in early-modern Rome. It takes place at a propitious moment, as a series of notable recent studies have shown how erudition informed many significant intellectual transformations in this period: the proto-anthropology associated with the age of exploration; the destabilization of the Biblical text; the florescence of political thought in the wake of the Thirty Years’ War; and the emergence of textual ‘diplomatics’ and the state-administered archive.

Although the Catholic world remained at the forefront of erudition throughout the period, this fact is only now being given the acknowledgement it deserves, in place of the assumption – often unconsciously drawn from contemporary Protestant polemic – that Catholic scholarship was intellectually misguided. By bringing together eminent and rising names in the field, the conference will provide an opportunity for reflection on how Rome can be fitted within this new scholarly landscape particularly as it relates to four developments: the status of erudition in the ‘Age of Confessions’; the role of the erudite ‘Republic of Letters’ in fostering pan-European bonds of intellectual exchange; the intrusions of government censorship on scholarly practices; and the place of erudition in the emergence of the European Enlightenment.

Attendance is free, but pre-registration is required.Please use e-mail few23@cam.ac.uk to RSVP.