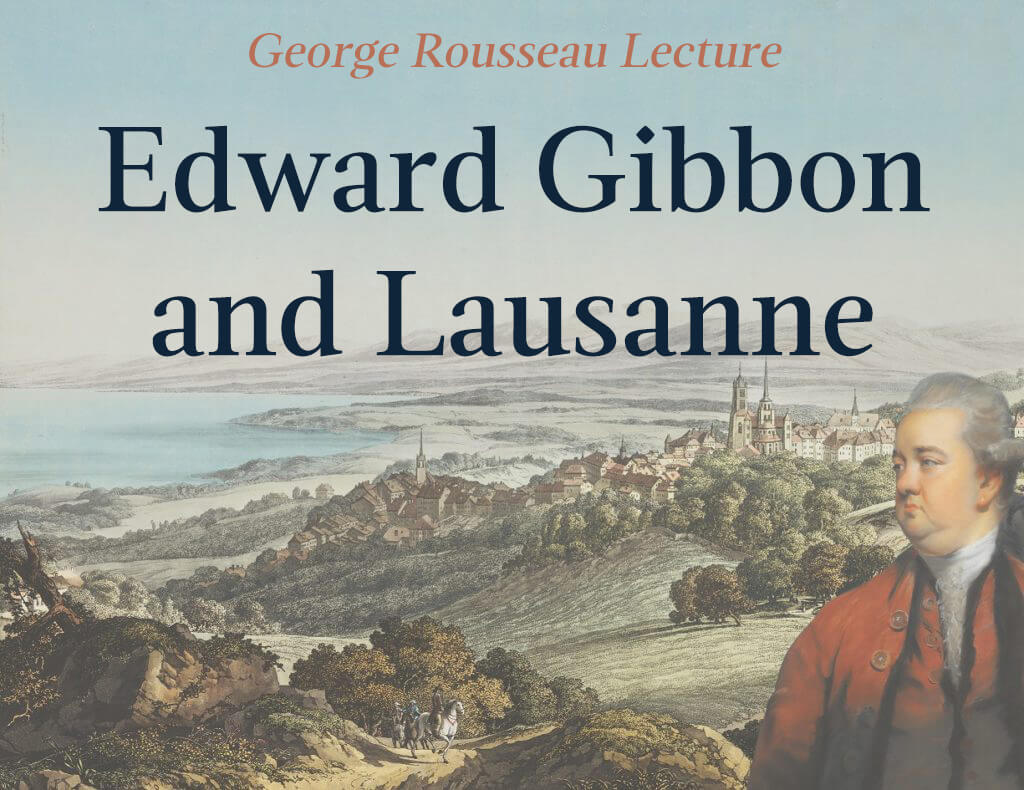 This year’s George Rousseau Lecture will take place on Monday 16th May at 5pm at Magdalen College, Oxford. It will be delivered by Professor Béla Kapossy (University of Lausanne & EPFL) on ‘Edward Gibbon and Lausanne’.

Edward Gibbon spent more than a third of his life in Lausanne, first for his education during the 1750s (following a stint at Magdalen College, Oxford); then in the early 1760s on a stopover on his way to Rome; and finally throughout the 1780s and early 1790s, when he was already the celebrated author of The History of the Decline and Fall of the Roman Empire. Gibbon recorded each of his stays, and while mentioning what he read and whom he met, he remained largely silent on the cultural settings of the town he came to call home. Recent discoveries in private archives allow for a much richer understanding of Gibbon’s encounter with Lausanne and his engagement with local debates, scholarly and political. The reconstruction of Gibbon’s Swiss experience sheds, in turn, new light on the variety and intensity of Lausanne’s cultural life, explaining why the city came to be known in the following century as the ‘ville de Gibbon’.

The George Rousseau Lecture will be followed by a wine reception. Before the Lecture, a colloquium on Gibbon will take place in the Summer Common Room (2-4pm):

Béatrice Lovis (University of Lausanne), Gibbon and the theatre

If you would like to attend the lecture and/or colloquium please register here: https://www.eventbrite.co.uk/e/edward-gibbon-and-lausanne-george-rousseau-lecture-2022-tickets-311000389537