Home > Events > Don’t Trust Anyone under thirty? Being old in the Sixties 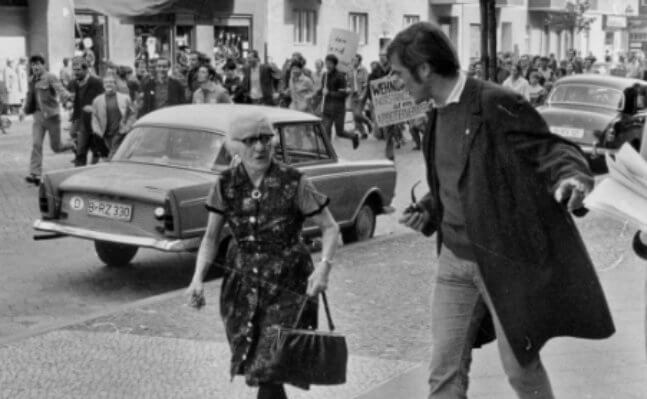 Join us for our second lecture in 2015 / 16 Inaugural Lecture Series – Meet our Professors.

Lecture Synopsis:  Historians read the sixties as the age of student revolts, youth subcultures and generational conflict. But this is only half the story. For there were old people too, and they responded in their own ways to protests and new values. In West Germany, a country deeply affected by the aftermath of war and Nazism, acrimonious generational conflict allegedly pitted rebellious young men and their Nazi fathers against each other. A closer look at elderly Germans will reveal a different picture.

Meet our Professor: Professor Christina von Hodenberg, Professor of European History
Professor Christina von Hodenberg holds an M.A. degree at the University of Munich and a PhD in History from Bielefeld University. She worked at the Universities of Freiburg, Harvard and  Berkeley before joining Queen Mary in 2006. Professor von Hodenberg has written widely on the social and cultural history of nineteenth and twentieth century Germany. In 2014 Professor von Hodenberg won the Humboldt Research Award granted in recognition of her achievements to date within her discipline. Most recently she has been researching the history of generational conflict in West Germany in the 1960s and 1970s.

Event Details:  This event is free to attend – all you need to do is visit https://www.eventbrite.co.uk/e/dont-trust-anyone-under-thirty-being-old-in-the-sixties-tickets-18185581564 and book your free ticket online –