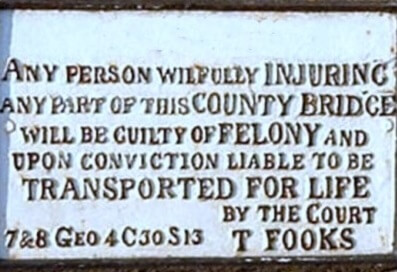 Carmen, who is Australian by birth, explains her connection to Market Harborough History through her family history. She tells of her lively and devil-may-care ancestors, the Conquest Boys, who were well known in the town in the early 19th century for their nefarious and illegal activities which eventually led them to be transported to the colonies.Cynthia Brown – ‘The Price of Principle: Some Episodes of Passive Resistance in Leicester and Harborough’.Many people broke the law in Leicestershire in the 19th and early 20th centuries, but only a minority did on a matter of principle.

This talk will focus on two examples that Harborough had in common with Leicester: opposition to compulsory smallpox vaccination and to the 1902 Education Act. It will also look at an episode unique to Leicester, in the prosecution in 1932 of street sellers of bananas and celery.David Bell – ‘Leicestershire Murders’

David Bell, Leicestershire writer, will talk about the hanging of Earl Ferrers for murder in 1760, and the first use of DNA to solve a murder in 1987. He will mention the gibbet post still to be seen at Bilstone, near Twycross, where body of the wrestler Topsy Turvey was suspended for 18 years. He will tell of three young Coalville miners executed in Leicestershire’s last triple hanging, when the authorities couldn’t decide which of them was guilty. Peppermint Billy will also make an appearance.

Alan Langley – ‘County and Local Militias of Leicestershire and Northamptonshire 1757-1850’. Alan is a long serving member of the Historical Society and a regular contributor to the Harborough Historian. Before the establishment of a nationwide police force county militias and volunteers were the principal forces used to put down any serious unrest. Alan examines their origin and formation and provides examples of their activities in putting down the Cheese Riot of 1766 and the ‘Barrow Butchery’ of 1795 among many incidents.