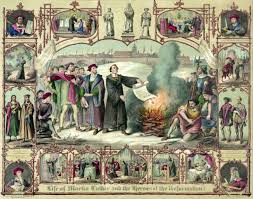 A one-day workshop to be held at the University of York on 18 March 2015 to investigate the impact and relevance of the ‘confessionalization thesis’.  This powerful paradigm for understanding religious change in Christian communities in the ‘confessional age’ (c.1550-c.1650) placed religion squarely into the narrative of early modern state building. Heinz Schilling and Wolfgang Reinhardt saw the parallel development of Lutheran, Catholic, and Reformed confessions as a fundamental part of the political centralization and social discipline that characterized early modern Europe.

Because this paradigm has been critiqued, revised, and adapted to specific localities since its first formulation nearly forty years ago, the aim of our workshop is to examine its place in our understanding of the Reformation and, indeed, early modern Europe.  By re-evaluating its application in understanding long-term religious, social, and political processes, participants in this workshop will aim to assess its value for historians of early modern Europe today.

The workshop is free to participants, but registration is limited so please email Susan Royal at susan.royal@york.ac.uk in order to reserve a space by 27 February 2015, citing your institution and position there.  Shortly after, participants will be emailed short readings from secondary sources that provide general introductions to confessionalization in order to create a common point of departure for discussion.