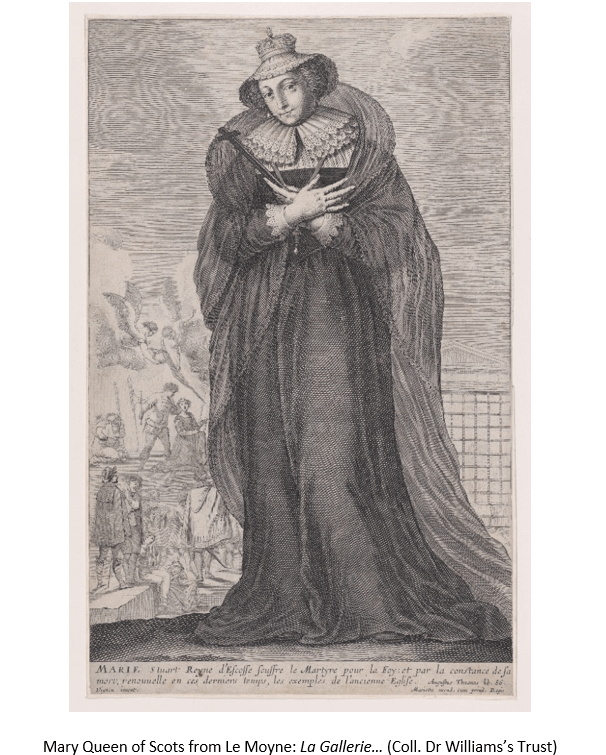 This online seminar is one of a forthcoming occasional series highlighting the riches and diversity of collections held by the Dr Williams’s Trust in London. The Trust’s sizable early modern French print holdings, numbering over 1000 texts, covers a range of topics including prose literature, rhetoric and travel writing.

The focus of this evening’s talk will be on themes of gender and power, a field well represented in the collections.  The Dr Williams’s collections contain funeral sermons written for aristocratic women, panegyrics and works concerned with modelling female virtue.

The author of Ruling Women, Vol 1 (Palgrave Macmillan, 2016) Prof Conroy’s talk will focus on Pierre Le Moyne’s La Gallerie de femmes fortes (1647), particularly on the translation of paratextual elements in the text in the Spanish language edition of Le Moyne’s text.   In addition to the broad themes of gender and power, she will touch upon the history of printing as well as the theorisation of paratexts, text and images.

This event will take place online via Zoom: