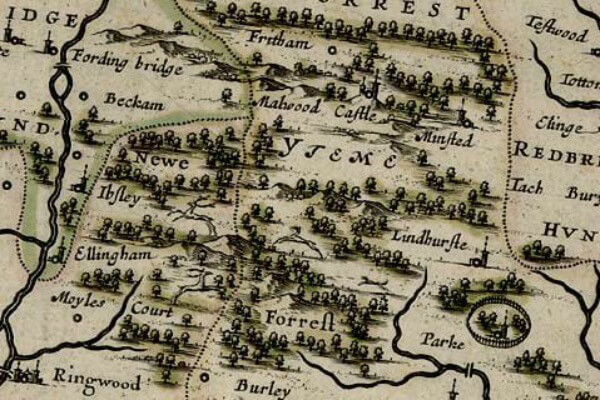 The 800th anniversary of the drafting of the Magna Carta has generated huge interest from historians and politicians and the public alike. Less celebrated but no less important was the Charter of the Forest of 1217, a document clarifying and delimiting the much abused and popularly loathed post-Conquest Forest. Not only were counties such as Dorset, Hampshire and Wiltshire more-or-less entirely covered by forests, but supposedly forest-free counties like Cornwall and Kent have also been shown to contain not only deer parks but also bonafide forests too. If today the remnant Crown forests of the New Forest and the Forest of Dean dominate the public imagination, even after widespread disafforestation post 1217, the legacy of forests and forest law was imprinted throughout southern England. As John Langton has put it, geographically, forests are ‘half our history’. It is with good reason that historians and historical geographers have long been drawn to the study of southern forests for a host of reasons, studies of law, popular culture and custom, common rights and communing, riot and resistance, and historical ecology, amongst other areas of research, all subject to systematic research. This conference represents an opportunity to celebrate the rich history of southern forests as well as to bring scholars of forest history from the medieval to the modern period together to share their understandings.