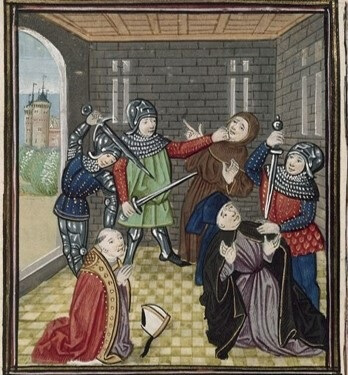 This event will be Online.

This interdisciplinary conference will focus on the figure of the enemy, and the concept of enmity in the pre-modern world (c. 500-c. 1700). We will explore the notion of enmity and how the concept affected social, political, legal, and diplomatic relationships throughout the pre-modern world. Who was the enemy and what did enmity involve? How did concepts of enmity relate to individuals, nations, and other groups?

We will examine how pre-modern societies understood the perception, labelling and declination of enemies and enmity, and how powerful and pervasive a rhetorical figure the enemy was in political and religious discourse. How well defined were the status of enemy and enmity, and how did it relate to the rebel, the traitor or indeed the heretic? We will also consider the legal implications and social structures involved in the concept of enmity, and observe the evolution of these concepts in the pre-modern world. How did understandings and realities of enmity changed through time and throughout territories?

We are now inviting proposals for papers that engages meaningfully with the concept of enemy and enmity, including, but not limited to, the themes of:

We welcome proposals from scholars at any stage of their career. General queries and abstracts of no more than 200 words should be sent to Dr Rémy Ambühl (ra4c09@soton.ac.uk) by 30 September 2021.