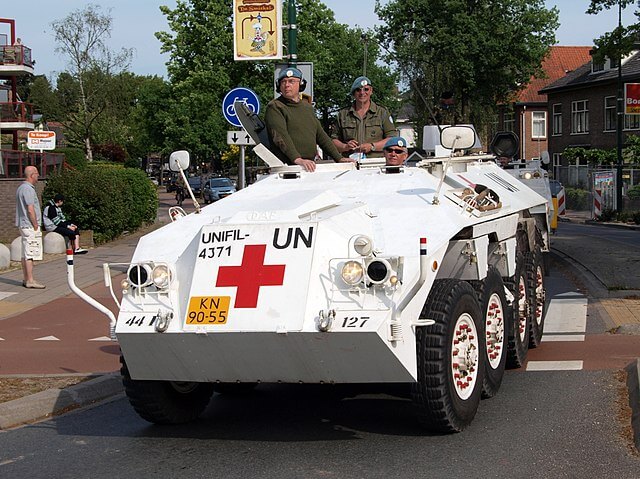 Historians have largely written about humanitarianism and the military as parallel but separate subjects, ones which can enhance interpretations of the other, (Irwin, 2013; Cabanes, 2014), but scholarship on these topics has rarely overlapped. Both fields have yet to fully engage with the many points of connection between humanitarian organisations and military actors. This edited volume seeks to address this blind spot by exploring the liminality of humanitarian and military action in practice and the fluidity of ‘military’ and ‘humanitarian’ identities in conflict environments from the 19th to the end of the 20th century. In doing so, we highlight the intersections between these two histories to show how these interactions enrich our interpretations of conflict, power, and international hierarchies.

Scholarship on military humanitarianism has largely been limited to the post-Cold War era. IR scholarship has entrenched a belief that the paradoxical phenomenon of military interventions motivated or justified by humanitarian ideals emerged at the end of the Cold War as an unprecedented result of the increasing dominance of liberal interventionism and human rights rhetoric in international spheres during the mid-1990s and early 2000s (Chandler, 2001, Pugh, 1998, Weiss and Campbell, 1991). Recent historical scholarship has challenged the post-Cold War chronology by revealing a longer genealogy of humanitarian feeling and intervention (Everill, 2020; Klose, 2021; Rodogno, 2021; Ryan, 2022; Salvatici, 2019; Tusan, 2019). By building on critical humanitarian scholarship, this edited volume challenges the top-down approach in international history that frames military actors as a homogenous group and field-based humanitarian actors as passive intermediaries between armed groups and the recipients of aid. It takes a new approach by tracing field-based practices as well as identifying the strategic and human consequences of these overlapping military and humanitarian spheres.

This volume seeks to demonstrate that military humanitarianism was far from unprecedented in the 1990s, that humanitarian intervention was not the only – nor even the primary – form that the military-humanitarian nexus took, and that understanding its evolution through past conflicts is crucial for nuancing scholarship on the politics and power of both humanitarian and military actors. By bringing different contexts into conversation, we draw attention to the tensions, ambiguities, and difficulties of defining ‘humanitarian action’ in contexts of disaster and war, particularly in contrast to military operations. We ask the questions: who is a ‘humanitarian’, can a military actor act upon a ‘humanitarian impulse’, and if so, what does it mean for a military actor to act in ‘humanitarian’ ways?

Possible themes for contributions include:

Although this edited volume is predominantly situated in history, we also invite submissions from history-adjacent disciplines (e.g. historical IR, critical military studies, peace and conflict studies, and geography). We have no fixed time period, although we do request that all submissions would fall into Modern History (i.e. 1750 onwards).

We encourage contributions from a range of academic levels (PGRs/ECRs are especially welcome) to reflect the diversity in this field. We are particularly interested in contributions from scholars based at institutions in the Global South. We will support authors for whom English is their preferred academic language and will investigate grants to facilitate the translation of non-English language submissions.

Please send abstracts (500 words) to m.tudor@exeter.ac.uk and brian.drohan@westpoint.edu by 28th February 2023. We will respond to contributors in May 2023. We expect full drafts by the end of 2023 and will hold a virtual workshop for contributors in early 2024 to enable authors to polish their drafts. The estimated date of final submission is July 2025.

Chapters must be original and not published elsewhere to be included in the edited volume. We have received an expression of interest from a university press editor.

Everill, B., Not Made by Slaves: Ethical Capitalism in the Age of Abolition (Cambridge: Harvard University Press, 2020).

Klose, F., In the Cause of Humanity: A History of Humanitarian Intervention in the Long Nineteenth Century (Cambridge: CUP, 2021).

Tusan, M., The British Empire and the Armenian Genocide: Humanitarianism and Imperial Politics from Gladstone to Churchill (London: Bloomsbury Academia, 2019).