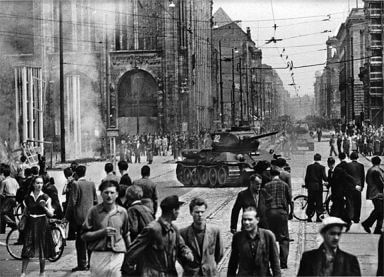 There is a lot to be said for the protestors’ view of Magna Carta. Although there is not a word in it about the right to protest, there is a sense in which Magna Carta in its entirety represents protest. It was in origin the product of direct political action, of negotiation after rebellion. As a symbol of the struggle against tyranny it will always retain its value”

Riot and protest is a theme of growing significance for contemporary social science.  Across the globe, the 21st century has seen an explosion of the phenomenon.  Some is organised, with a definite socio-political agenda, such as the anti-globalisation movement initiated at Seattle in 1999 and followed by a string of controversial summit protests.  The ensuing economic crisis has only intensified this process, with new social movements emerging that contest the austerity paradigm. From a historical perspective, reports and accounts of riot can represent the only trace of a ‘popular voice’ at significant points of social and economic change or conflict. Analysis of these protests can often reveal much about popular reaction to important shifts such as the rise of a market economy and proletarianisation, adding a transhistorical perspective to forces which still resonate in the modern world.

In the year which sees the 800th anniversary of the Magna Carta, this multi-period and interdisciplinary conference offers a forum for Criminologists, Sociologists and scholars of Politics and History. The gathering also hopes to attract voices from the movements themselves to open a unique discussion on a subject that still exercises huge influence over local and global politics in the C21st.  It will also act as the launch event for a new open access e-journal, hosted by the University of Winchester Press, the Journal of Riot & Protest Studies: Papers will address the following areas: