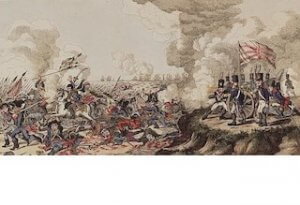 LJMU History, in partnership with the Invasion Network, invites papers discussing the interplay between cultures of anxiety and fears in British national and imperial life, for presentation and discussion at a two-day conference at Liverpool John Moores University, 11-12 June 2020.

The study of imperial anxieties, fears of radicalism and invasion scares in Britain has long fascinated scholars, producing a rich corpus of material on late Victorian and pre-1914 panics, in particular those connected to espionage, terrorist attacks and the rise of rival powers. This conference seeks to expand the discourse on British anxieties outwards chronologically. In doing so, we aim to identify continuities and fractures in beliefs and fears from the period of the empire-shaking Irish Rebellion of 1798 through to the end of the Second World War. This will allow us to track the shifting contours of an enduring, adaptable and divisive set of interrelated discourses and to chart evolving practical responses to them across an historical era of great change for Britain, in both national and imperial contexts. To this end, we welcome individual paper submissions and suggestions for panels focusing on anxieties, imaginations and panics relating to the following topics:

Please send all proposals to britainafraid@ljmu.ac.uk no later than Friday 28 February 2020