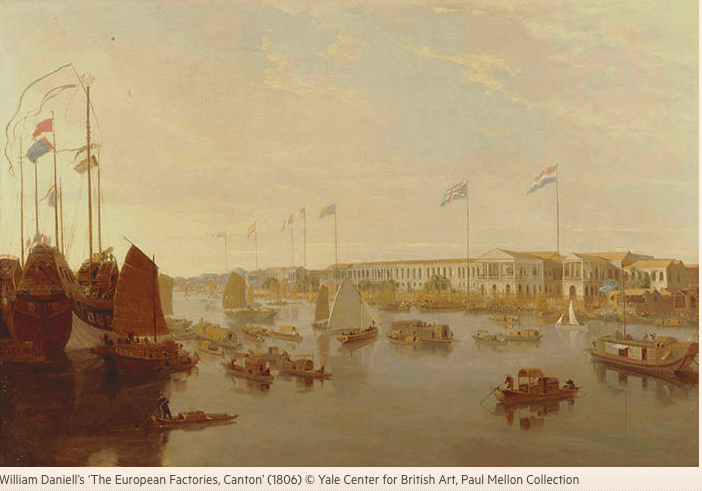 Blake first visited Canton in 1767/68 as a trader and, before his death in 1773, his collaboration with the Chinese artist Mauk-Sow-U produced over 150 striking and botanically accurate paintings of Chinese plants. These paintings and the associated archives provide details of an interesting life and previously little-known dimensions of late 18th-century social and scientific interactions between the British and Chinese, including British attempts to secure living plants that could prove useful at home and in its colonies.

The panel will be introduced by deputy editor of FT Weekend Jane Owen.

This event is part of a series for FT day at the festival and lasts 45 minutes.

There is also a news piece in the FT about John Bradby Blake with beautiful reproductions of the archive: https://www.ft.com/content/2e4ed2ec-1be6-11e8-aaca-4574d7dabfb6