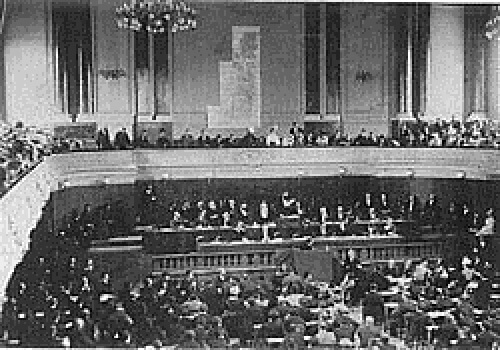 Free event open to all: https://www.eventbrite.co.uk/e/antisemitism-and-zionism-ideologies-or-emotions-tickets-34243187295

Focussing on its formative decades (1897-1917), Derek Penslar examines the emotional components of Zionist diplomacy and compares their impact on Zionists and antisemites alike. Possessed of radically different personalities and operating under different geo-political circumstances, Theodor Herzl elevated antisemitism into an ideology, while Chaim Weizmann engaged with it as an emotion.

Derek J. Penslar is the Samuel Zacks Professor of Jewish History at the University of Toronto and Visiting Professor of History at Harvard, where in 2018 he will assume the William L. Frost chair in Modern Jewish History. His research specialties are the history of modern European Jewry, Zionism, and the state of Israel. His publications include: Israel in History: The Jewish State in Comparative Perspective (Routledge, 2006), and The Origins of the State of Israel 1882-1948: A Documentary History, with Eran Kaplan (The University of Wisconsin Press, 2011). He is currently writing a biography of Theodor Herzl for Yale University Press’ Jewish Lives series and a book for Rutgers University Press’ Keywords in Jewish Studies series, titled ‘Zionism: An Emotional State’.