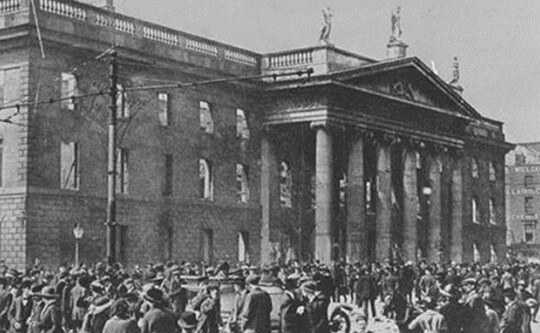 The 20th Conference of Irish Historians in Britain will take place at the Institute of Irish Studies at the University of Liverpool from 1st to 3rd July 2016. Under the theme of ‘Irish Revolutions’, we aim to explore the meaning and impact of the 1916 Rising and to situate it within the broader context of revolutionary movements in Irish history since the eighteenth century.

The conference will bring together speakers from the United States, Ireland and Britain. It will include a public keynote lecture by Professor Joe Lee, New York University, on the 1916 Rising, introduced by the Irish Ambassador to Britain, His Excellency Dan Mulhall.

Registration for the conference is now open on https://www.liverpool.ac.uk/irish-studies/irish-historians-in-britain/.

The conference convenors gratefully acknowledge the kind support of the Department of Foreign Affairs (Ireland): Cultural Relations with Other Countries Programme and the Irish Embassy for this event and The Institute of Irish Studies, University of Liverpool.