Colin Matthew (1941-1999), Professor of Modern History (Oxford), was a long time Fellow of the Royal Historical Society (1976-1999). He served as its Literary Director from 1985-1989 and as a Vice-President from 1993-1997. Simultaneously a Fellow of the British Academy, Trustee of the National Portrait Gallery, Chairman of the Friends of the Bodleian Library, editor of the New Dictionary of National Biography, and much else besides, Colin was deeply committed to the principle that academic history should be accessible to a wide public. The lecture is named in his honour.

Timothy Garton Ash ‘Free Speech and the Study of History’

A growing number of countries have so-called memory laws, ranging from the criminalisation of Holocaust denial, to prescriptions for the teaching of certain subjects, memorial days and public monuments. Which, if any, of these are justified? Which are more effective in combatting evils they are supposed to combat, based on misinterpretations of the past?

Timothy Garton Ash, who has just completed a book on free speech, will argue that phenomena such as Holocaust denial are better contested by the completely free, robust exchange of scholarly, journalistic and political debate, and that the state should not use its coercive power to limit the study of history. 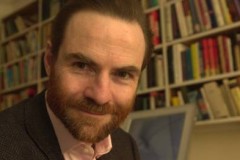 Timothy Garton Ash is the author of nine books of political writing or ‘history of the present’ which have charted the transformation of Europe over the last thirty years. He is Professor of European Studies in the University of Oxford, Isaiah Berlin Professorial Fellow at St Antony’s College, Oxford, and a Senior Fellow at the Hoover Institution, Stanford University.

You do not need to register for this free public event. It will be run on a “first come, first served” basis, so please feel free to arrive a little early to ensure that you can get a seat. Doors will be opened half an hour before the start of the event.

The Colin Matthew Memorial Lecture for Public Understanding of History is co-hosted
by Gresham College and the Royal Historical Society. 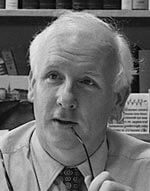