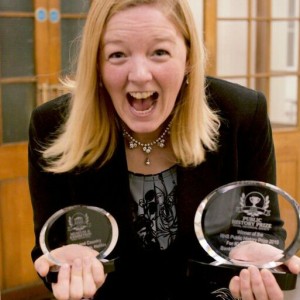 ‘For King and Country’, an exhibition about the First World War at Bankfield Museum, Halifax, has just won the first RHS Public History Prize.

Angela reports here on the creation of the prize-winning exhibition:

Following a successful Heritage Lottery Fund bid, Bankfield Museum in Halifax transformed its top floor gallery into a dedicated First World War exhibition with an adjoining research room. The exhibition commemorates the centenary of the outbreak of war through to the signing of the armistice and is open until the end of 2018. It opened on the 2 August 2014 and has proved extremely popular with the public with excellent feedback and a 25% increase in visitors to Bankfield. 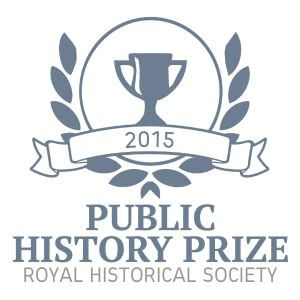 Eighteen months later, to hear out of the blue that the exhibition had won a prize from the Royal Historical Society for Public History in Museums and Galleries was a wonderful surprise. For us, our first thought was that this would help us spread the word of the exhibition further afield. On the evening of the prize-giving we were then awarded the overall prize for Public History which was a real honour. It has given our project a stamp of approval from a well-respected authority and endorsed our decisions in putting the exhibition together.

The exhibition itself includes a range of objects, images and archives exploring what life was like in Calderdale one hundred years ago. Whilst national involvement and the events of the conflict itself would no doubt be covered by larger institutions such as the Imperial War Museum and the National Army Museum, best placed with vast archives, collections and historical experts, we, in turn, drew on local experiences to explore the key events of the war overseas and at home. 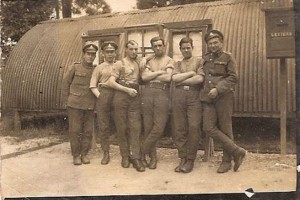 We found stories from this region to display alongside the many objects and archives in the museum’s collections, donated and acquired during the last century. Over sixty local families responded to our call for stories and we worked alongside a number of community groups, all shedding new light on how the people of Calderdale contributed to the war effort. The stories were woven into the exhibition enabling us to relate a wide range of topics as well as events of the war itself to the lives of ordinary people, and we continue to actively collect local stories to form an archive for the future. The diversity of the stories demonstrates the social, cultural, economic and political impact of war on the people of Calderdale as civilians or military personnel. Rather than reading official reports of battles on the Western Front or state diplomacy, the stories of real people who once lived in Calderdale  and lived through this traumatic episode in history, made the exhibition human, poignant and touching. Families who contributed stories felt real ownership of the exhibition, bringing grandchildren, nieces, nephews and friends to see their story on display. 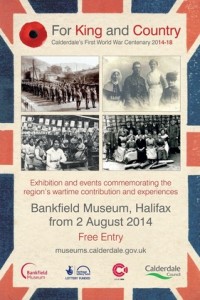 The title for the project and the exhibition itself, ‘For King and Country’, seemed to sum up the idea of sacrifice, through choice or not, characterised at the time as being ‘for king and country’. Of course this varied greatly between age, class, gender, religion and ethnicity. The title also prompts questions about historic events, many of which we simply did not have the space to explore fully. So we included a large Research Room with more information, books, computer access and information sheets on how to research your own family history and where to see other First World War exhibitions and find out more online. The Research Room also contained a large wall space for visitors to leave comments on printed poppies. This was quickly filled with touching tributes to individuals and collective remembrance for all those who served. 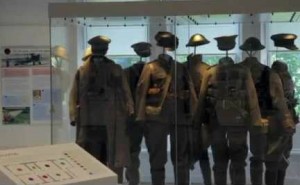 Another success was tracing the stories of how local industries and manufacturers contributed to the war effort. From the beginning of the conflict, Halifax manufacturers turned their attention to producing the goods needed for industrial scale warfare, including khaki cloth, webbing and army issue blankets. This was hardly surprising given Halifax’s prominence in the textile trade. Much less well known are the innovations in this part of Yorkshire, notably the invention of the first steel helmet, bomb mechanisms for aeroplanes and the manufacture of mine sweepers. The sheer numbers of local firms who shifted production to munitions and arming is remarkable. The production of knitting yarns and patterns in Halifax and surrounding areas to produce comforts for the troops was another story which captured the attention of visitors.

The exhibition begins in a corridor space which sets the pre-war scene in the region covering work, leisure, royalty and British Military conflicts in Crimea and the Boer War. This leads the visitor up a wide staircase to the top floor and the main galleries. 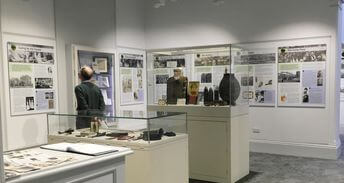 We knew we had to cover the key events of the First World War but that we also needed to relate them to our locality. To do this we divided the main gallery space into two – one side dealing with the conflicts overseas, and the other with events in the region to support, oppose and supply the war. The gallery has four further areas with dividing walls which lent themselves to other themes. As a museum known for its costume and textiles collections, one of these spaces was dedicated to exploring costumes before, during and after the war, as well as the demand for clothing supplies. The second space centred on communication, looking at propaganda, local newspapers and the postal service and the importance of letters for keeping in touch. This room also featured a large projection of a film we commissioned from a local company, Limehouse TV, which detailed our research into the war in the region, our responsibility to share stories and tell a balanced account of the war’s events, as well as interviews with some of the families who had contributed stories to the exhibition and what it meant to them to be remembering their ancestors. 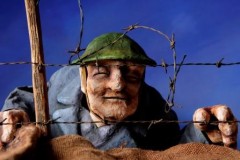 Two smaller annexes were used for a children’s area, with dressing up and some delightful dolls and bears with various outfits for younger children, comfy seating and books for children of all ages, along with information about what life was like for children one hundred years ago and the role of the guides and scouts in the war. The opposite annexe became our space to display topics which would change each year as the war progressed – the first set of these panels from 2014 went on tour of the region this year, and more will follow each year of the centenary.

On exiting the gallery, we chose the extract from Binyon’s poem to be displayed above the staircase ‘We will remember them’. 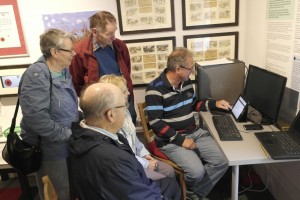 In addition to the exhibition itself, we have hosted a range of First World War-themed learning opportunities such as educational workshops, live interpretation, re-enactment, centenary talks, family events and hands-on activities, which have been well attended and will continue throughout the years of the centenary. A souvenir guide was compiled to accompany the exhibition and includes a selection of family stories alongside colour images of the rich objects on display to remain a lasting legacy of the project.

The exhibition was completed on time and within budget. For the opening, we invited all those who had contributed to the exhibition, from the building works, renovations and film makers to the families and local historians who had contributed stories and content. Winning the Royal Historical Society’s Public History Prize has given us a good opportunity to host another event to once again thank all those involved. 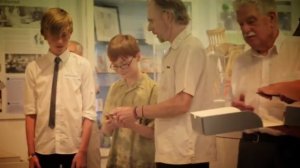 When deciding who would officially open the event in 2014, I thought immediately of one of the first people to contact me when I started in the post. Richard Smith was a local man who had carried out considerable research on his granddad who had served in the war alongside his two brothers. The three brothers had lived on Boothtown Road, near Bankfield Museum and had all survived the war and gone on to have families of their own. Richard kindly loaned some artefacts belonging to his grandfather and his own father, and Arthur’s son came down from Scotland to see the opening. We asked the Smith family to place their objects on display and close the final case to mark the exhibition as open and Arthur’s son, grandson and great-grandson and great grand-daughter did the honours, passing Arthur’s possessions from generation to generation and onto display to share his story with the wider public one hundred years on.

‘For King and Country’ is open until the end of December 2018 and entry is free.